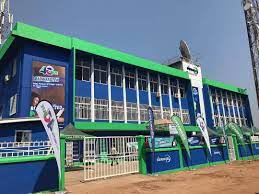 Many in this country are aware that Sierratel has been in the administrative doldrums for years and many staff, whom have lost hope in the current Management of the entity, are now hopeful that with the imminent arrival of the new entity their woes would be alleviated.

The current liability of SIERRATEL is to the tune of Four Hundred and Eleven Billion Leones (Le 411 Billion).

In March 2020, the Commission commenced the privatization process in collaboration with relevant stakeholders including the Management of SIERRATEL as they were part of the evaluation of the Expression of Interest (EOI) and the development of the Request for Proposal (RFP) including others.

The process and content were vetted and approved by the National Public Procurement Authority (NPPA), the Office of the Attorney General and Minister of Justice and the Ministry of Finance.

Upon completion of the process the SENTINEL Telecommunications Company Limited emerged as the most responsive company with the requisite financial and technical capacity.

The type of privatization is a Concession Agreement, not a sale, wherein the Concessionaire Sentinel Telecommunications Company Limited will build, operate and transfer Sierratel assets to Government in a viable condition.

The mode of privatization chosen for SIERRATEL is within the realm of Public Private Partnership (PPP), not only with a human face but to ensure that Sierra Leoneans are given the opportunity to compete in the process.

Promoting local content policy has been the clarion call across the nation as citizens now believe they can make a meaningful investment in Sierra Leone.

It is well known that the business landscape in Sierra Leone is largely dominated by foreigners and they control the dynamics, but the news of a local company taking over a State asset brings joy as it depicts that locals are now ambitious to redeem the business environment that has been hijacked by foreigners.

Technology is moving at an electric pace, thus those in the industry should always position themselves to catch up with the modern trend, which the current SIERRATEL Management has failed to capitalize on.