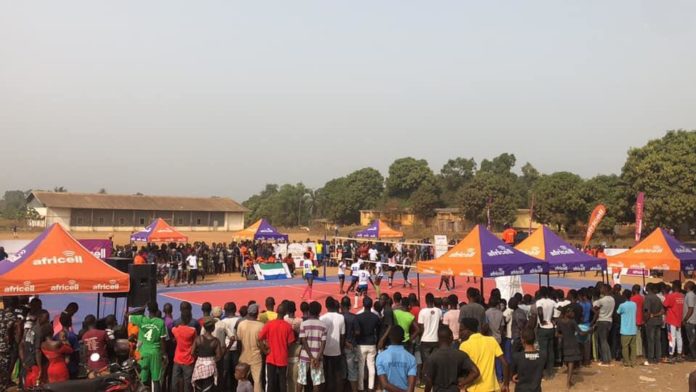 This medium was made to understand that the Xploza Western Area Volleyball Championship will now be hosted at the Old Skool complex on Hill station in Freetown.

According to the media representative of WAVA, Ansumana Bangura, the competition will commence on the 23rd April 2022 at the Old Skool complex and will last for a week during which male and female volleyball players are expected to participate.

Secretary General of the Association, Karifa Thoronka, intimated that the Association is well-prepared to kick-start the competition, adding how nine clubs will be participating.

The Secretary-General enjoined entrepreneurs and business entities  to render their support to volleyball, underscoring the importance  of promoting the sport.

The President of the Association assured members of the  public of their security and safety during the competition, maintaining  that volleyball is the most peaceful sport in Sierra Leone.

The Marketing Manager of Premium Divine Trading, Madam Isha Bangura, revealed how they decided to support volleyball out of the belief of promoting sporting activities or disciplines.

Madam Isha Bangura further disclosed that their brand Xploza Energy drink is the key sponsor of the competition this year. She called on other business entities to render more support in order to ensure that volley ball grows within the sporting landscape of the country.