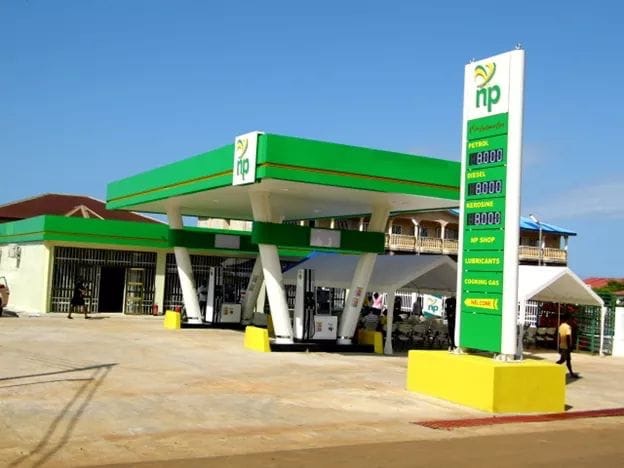 The resolve of shareholders and management of National Petroleum Sierra Leone is responsible for the indigenous company’s success and has been the centrepiece that what has propelled NP to a higher level, making it equal to none in the sub-region.

NP – the country’s leading petroleum business entity has become a household name as it continues to offer qualitative products to its numerous customers.  It cannot be swept under the carpet that the company is a major source of inspiration to many Sierra Leoneans who are ambitious of establishing business entities that will grow to the magnitude of NP.

It is on record that the National Petroleum (NP) Sierra Leone Limited apart from it being lauded for being one of Sierra Leone’s biggest tax payers is also being held in high esteem for its invaluable contributions towards building the country’s economy.

The company has worked hard over the years evident in the opening of filling stations in various parts of the country and it is vibrantly functioning in Guinea, Liberia, Ivory Coast and The Gambia.
This 100% indigenously-owned company has so far offered various jobs to residents in the afore-mentioned countries, thereby reducing poverty to a considerable level.

Without mincing the truth, NP has a capable and competent managerial team at the helm of affairs, which from time to time comes up with good initiatives, always ensuring that those ideas are effusively, effectively implemented to create value for money.

Since it was established by 35 Sierra Leoneans, who bought shares from the Government years back, the company has grown from leaps and bounds; weathering storms that would have run it down.
The synergy that runs through its members of staff has also contributed to the company’s growth.

Asking those who really know NP, the feedback you get indicate that around its commitment to customer care, NP strongly believes that it must be prioritized to give total satisfaction.

NP has cordially maintained a good business relationship with its numerous customers’ right across the sub-region where it exists and most have confessed that they are realizing optimum satisfaction in dealing with NP.

When we talk of the steady and effective implementation of the Local Content Policy, NP stands out tall as it is truly 100% indigenous, particularly in Sierra Leone. This is one of the factors that have made the company to be a success story.

NP-SL Ltd. is doing exceptionally well in all the countries it is functioning and indeed there are prospects for further expansion.
It can therefore be justifiably asserted that the National Petroleum Limited is the country’s reliable fuel provider as it always ensures that its stockpile is always at an appreciable level.

Lately, NP received many awards; the latest being: “Best Company of the Year during the National Business Award 2018/2019 that was held at the prestigious Bintumani Hotel.

Various tests to determine quality and standard indicate that customers of National Petroleum-SL products say they have never had cause to grumble about the products.

The public’s recognition of the invaluable contributions of NP both to its numerous customers across the country and to national development has seen it bag meritorious awards from different national and international organizations.

The company always ensures that petroleum products are always available, thereby preventing shortages that could create shocks in many quarters. The level of confidence which overseas business partners have reposed in the company has made it possible for it to enter into payment agreements thereby keeping the demand and supply chain open and running.

NP-SL by giving preference to employing Sierra Leoneans is a clear indication that it adheres to the country’s Local Content Policy. Utilizing local talents make it possible for indigenes to acquire useful knowledge and skills through training courses that could be applicable in other places.

From what was understood the company is inspiring many to invest, grow indigenously, become sustainable and succeed.