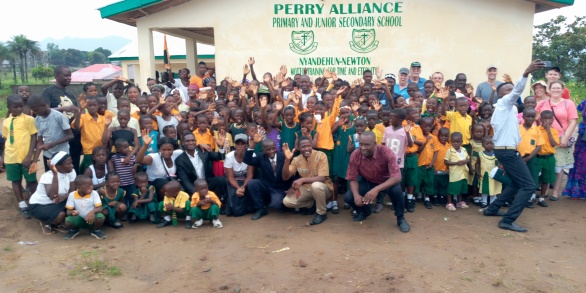 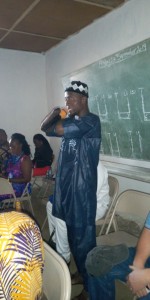 Over 200 children at the Nyandehun near Newton can now boast of a modern classroom block, thanks to funds from the US-based Perry Alliance Church and the Lord’s Mission Church in Sierra Leone.

The Nyandehun community sprang up during the country’s eleven year war and is currently home to dozens of amputees and war wounded. Prior to the Perry Alliance’s intervention, the area could hardly boast of any social amenities.

At a recent unveiling ceremony of the new classroom building, the General Overseer of the Lords Mission Church, Rev. Hassan Mansaray said through their efforts, the community now has a church and a school building, adding that the amputees have benefited from micro credit facilities that have changed their lives.

A representative from Amputees Association of Sierra Leone said the new school will not only guarantee the future of children in that community but will significantly reduce the associated risks children take to access schools in distant areas. He expressed gratitude to the Perry Alliance and the Lords Mission Church and appealed for more assistance in the form of livelihood support programs and vocational training opportunities for the amputees.