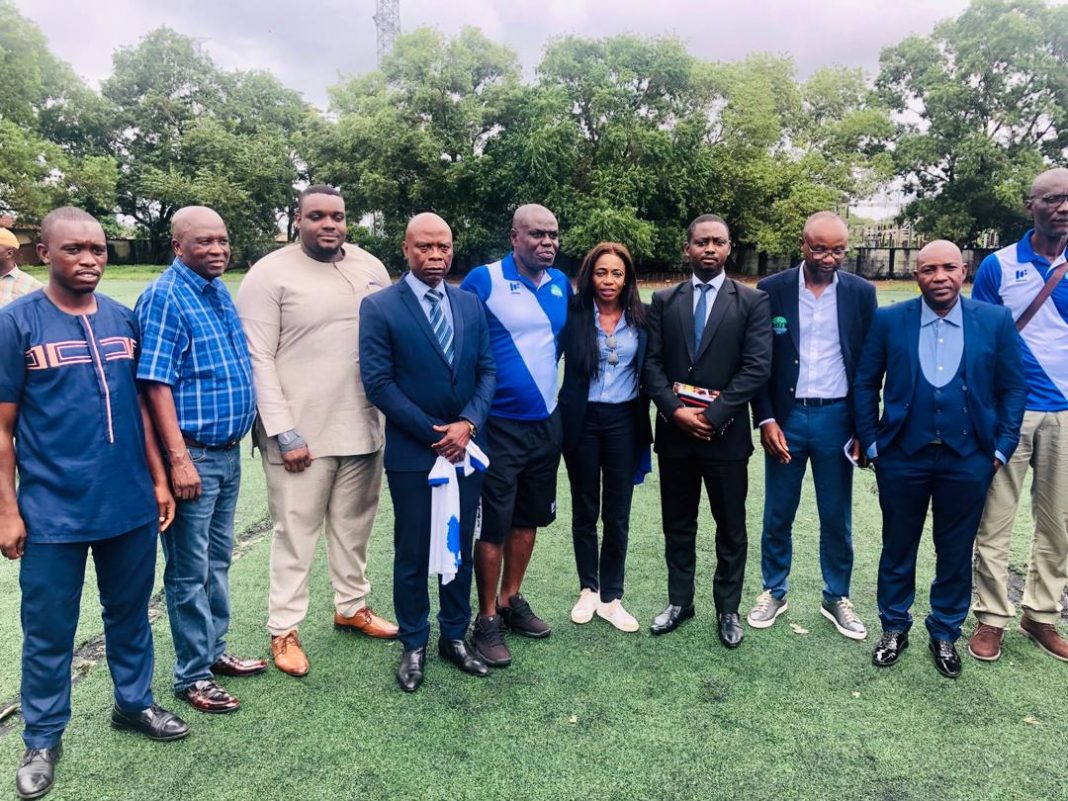 This historic event took place in the presence of the Director of Sports Mr. Kenneth Brima who was there representing the Sports Ministry, the President of the SLFA Madam Isha Johansen and the Executive Committee, a representative from the Ghanaian Embassy and a host of other big dignitaries.

When he was making his keynote address, the Director of Sports Mr. Kenneth Brima expressed extreme satisfaction over the appointment of Coach Sellas Tetteh, stating that with the credentials and experience of our new coach, Sierra Leone has already qualified to both major tournaments.”

Mr. Brima further stated that “the Government of Sierra Leone will give it’s fullest support towards the Head Coach and the country’s football generally to ensure Leone Stars’ qualification to both the 2021 African Cup of Nations in Cameroon and the 2022 World Cup in Qatar.”

The President of SLFA, in a brief statement ,thanked the Director of Sports and the Government of Sierra Leone for the tireless and collaborative effort they have shown so far towards the growth and development of the country’s most cherished sports.

In his statement after being unveiled, the newly appointed Head Coach Mr. Sellas Tetteh Teivi thanked the Football Association and the Government of Sierra Leone for giving him the opportunity to serve as Head of Leone Stars technical team.

The Ghanaian born high profiled coach expressed great delight to have local based backroom staff whom he referred to as his “colleagues and teammates” in a great mission of qualifying the Nation to the two major tournaments. The U20 World Cup winner went on to state that with unity, togetherness and most importantly support from the people of Sierra Leone, Leone Stars is sure to make it through the qualifiers.

Mr. Tetteh Teivi and his backroom staff later on in the day officially assumed office and commenced training at the football academy.