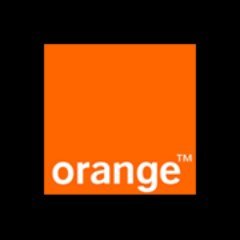 One of Sierra Leone’s GSM operators, Orange SL, on Friday 14th June 2019 ended its final Orange Special Sunakati draw at the Sierra Leone Broadcasting Corporation (SLBC), with five subscribers emerging as the lucky winners for one year’s worth of food items and money for sauce to their families.

Speaking to a cross-section of journalists at the final draw, Sheik Omaru Jalloh, Mass Marketing and Bundle Executive for Orange-SL, said the draw embraced the highest food donation ever offered by any GSM company in the country, with over 400 families becoming beneficiaries ranging from customers, retailers and agents.

The promotion was launched on Thursday 2nd May 2019 at the Calaba Town round-about. The daily draws were conducted within 6 weeks; while the weekly draw ended within 5 weeks during the draws’ final grand draw at the SLBC. 5 lucky subscribers won one year food supply for their families with cash for each of them.

All beneficiaries had the opportunity to win various food items like rice, sugar, milk, Ovaltine, tomato, onions, Maggi, gallons of oil, cash and all that is needed in food preparation during the month of Ramadan.

We want to make sure the least Sierra Leonean have the opportunity to communicate because it a human right declaration, that is why our network is been consider  to be the best in Africa,

Orange is a generous family  during the Ramadan we donation Food Items to Muslims community Nationwide and we always undertake meaningful projects in executing  our Cooperate Social Responsibilities that is; we have succeeded in changing the telecom landscape.