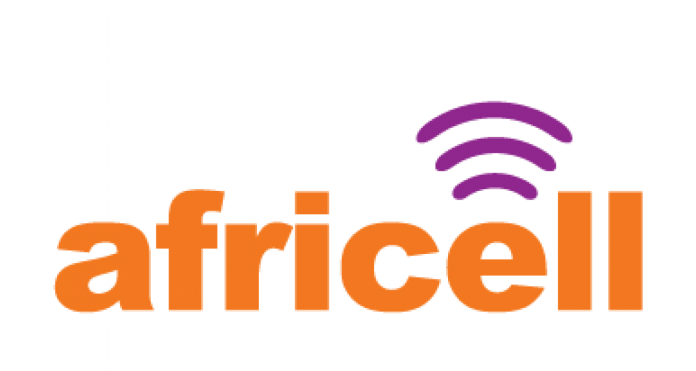 In a recent Social Media post titled, “NATCOM TRIVIALISING CORRUPT PRACTICES TODAY” authored by a so-called Leaf Network there were series of sweeping allegations levied against one of the GSM Companies operating in the country, Africell, bordering on poor quality services that it is offering to its subscribers also trying to create the impression that the National Telecommunications Commission (NATCOM), which is the statutory telecoms regulator in the country is turning a blind eye on the lapses it accuses the company for.

In no way should this piece be mistaken for holding a brief for Africell but rather an attempt to set the record straight of a company that has been doing extremely well in terms of providing qualitative, timely and standard telecommunications services which are intermittently sandwiched by its commendable promotions that continue to deepen national development and improve standards of living right across the country.

It cannot be disputed that everywhere in the world technology do have its ups and downs due to a number of varying factors and the telecommunications sector has not being spared these “inconveniences and failures”. Some of the attributing factors could be adverse climatic and weather changes, unforeseen damage to infrastructure by other service providers (eg. SIERRATEL, Guma Valley Water Company), emerging national developmental transformation or project implementations among a host of others.

In order to overcome some of these challenges it is noticeable that telecommunications companies are constantly or intermittently engaged in upgrading their facilities or fixing damages all in a bid to ensure that they get it right and restore sanity to keep on functioning efficiently. This is exactly how Africell is operating because the Management of the company is very mindful of the fact that customer satisfaction is their number one priority and therefore is always on their toes to give their esteemed customers the best within the context of giving them value for money.

Naturally, when things are working well, individuals do feel happy and when it is the opposite then sadness chips in. For Leaf Network to paint the picture that “cries from the public for the bad service delivery at the expense of the subscribers,  complaints about their money being stolen through top up, MB bundles, irregular and unagreed engagement with the Africell Company via phones,” could sound as if such are unending. This is really and honestly not true as some of these experiences by subscribers could probably emanate from the wrong ways of using their phones or internet facilities which could be completely out of the purview of Africell’s modus operandi. Besides, these pitfalls could be intermittent and not permanent occurrences as the impression is created.

Research so far conducted has validated that Africell’s 4G LTE is one of the fastest and cheapest, used by many countrywide. It is very efficient in terms of giving optimal convenience to its numerous customers. It is important to note that to make effective use of 4G LTE one has to have a phone that is 4G enabled with a 4G sim to access and enjoy the service.

“I can attest that as a 4G user the speed I experienced when I migrated from 3G was exceptional and have been very satisfied with its operations as well as fastness,” a banker, Abdulai Konteh told this medium his assertion resonating with the feedbacks we got from other subscribers that were interviewed. That could not be contested.

In terms of Customer Care 111, late responses to enquiries are not peculiar to Africell as other GSM Companies inadvertently do the same and the company is experiencing that most because of its large subscriber base. Sometimes the phone lines are so engaged to such an extent that calls are not responded to timely which therefore requires the exercise of patience. In life we need to be really patient in whatever transaction we do.

For a company that has one of the largest subscriber base in the country it is just justifiable to maintain that because of what it has been impressively offering the people of this country that is why Africell is from time to time becoming the favourite of many and within the shortest possible time grew by leaps and bounds. If on the other hand the company was and is not effectively performing then it would have lost steam instead of continuing to become a household name.

To say that NATCOM is trivializing corrupt practices sounds like an indictment on the Telecoms Regulator. In other words it is tantamount to saying it is not doing its job as it should. Here is a situation where we have an institution that comprises seasoned engineers and telecoms experts who are in a better position to take appropriate decisions according to emerging circumstances. We have witnessed in the past the levying of heavy fines by NATCOM for default and errant performances by GSM Companies which were indeed genuine. It could be understandable that NATCOM is aware of what obtains around the operations of GSM Companies which is why they are using different approaches in order to ensure that services that fluctuate in terms of being up and down are timely stabilized.

The same happens with commercial banks but that could not warrant the Central Bank to come down heavily on them. It must be the carrot and stick approach. Period!

Though it is helpful to healthily criticise but such should be logical enough instead of basking in unfounded exaggeration clothed under the robe or guise of incitement or hate in this competitive world we are living.