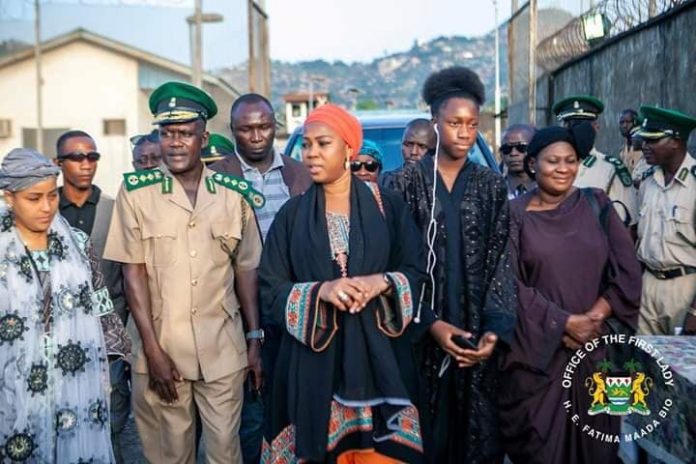 JMB Women’s Wing raced with time as they rushed to reach Moyamba and Bonthe for their Ramadan Gifts to this part of the country.

From Moriba Town To Mokanji town then Tiama to Makondey finally Rutile all in Moyamba District the people benefitted from the generosity of these determined women who will stop at nothing in promoting their leader Julius Maada Bio’s vision.

In continuation of their service to humanity the women headed for Bonthe District the home town of His Excellency where on Friday 31st May, 2019, they donated to 20 more mosques from Tihun to Bawuya and finally Mattru Jong.

This act of charity is being championed by the First Lady, due to her religious belief that giving is synonymous to every true Muslim during the month of Ramadan. She believes that the Holy month of Ramadan is peculiar to Muslims more than any other month in the year, therefore must be treated with the utmost importance it deserves, stating that ‘Zakat’ is one of the five pillars of Islam.

In another development, and for the first time in history, a First Lady joined prisoners in prayers. Her Excellency Fatima Maada Bio, on Wed 30th May, 2019 showed she is the mother of the nation, as she visited Sierra Leone Correctional Centre to pray with the inmates.

It was open-air place of worship in the centre. She is passionate about every Sierra Leonean, and believes a person’s past does not have to dictate his or her future.

First Lady Bio and the JMBWW also restored hope to over 900 inmates at the Sierra Leone Correctional Centre through Ramadan feeding exercise. The food was prepared by them and they also served and interacted with the inmates.

Hon. Edward Soluku, the Minister of Internal Affairs also joined worshippers. He was on ground to serve the inmates and also ate with them. He said, there are already positive changes within the correctional system, and he is ready to do much more under the new direction development plan. 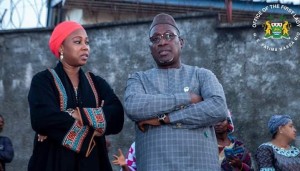 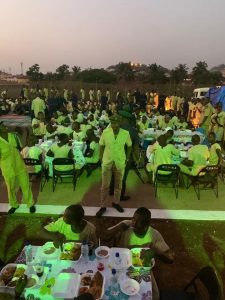 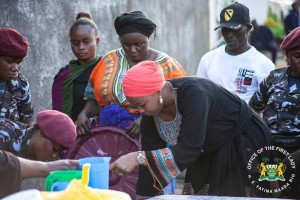 Speaking with a heart full of emotions, Madam Fatima Maada Bio thanked the inmates for accepting to dine with her and the JMBWW. She offered words of encouragement to them. She thanked the Prison governor for organizing the prayer session. The Prison Governor said it was an honor to have the First Lady at his centre, and he praised the “Action-man” Minister of Internal Affairs for his positive contribution to the Correctional service.
Speaking on behalf of the inmates, a representative extended their profound gratitude to the First Lady and the JMBWW, passionately stating that, the event was the first in the history of the correctional centre for a First Lady or government in power to have a one on one interaction with them.
The representative furthermore, said he was impressed with the positive improvement they have seen, but also expressed some of the constraints of the prison, ranging from inadequate toilet facilities and toiletries and the food they are being served.
He concluded by thanking the Madam Fatima for such a humble and selfless move, one that will linger in their hearts for a life time.