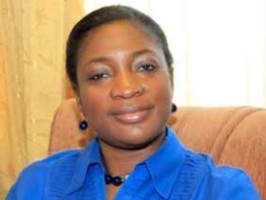 As part of its public education and information drive, the Audit Service Sierra Leone (ASSL) is informing the public about the Audit Process undertaken by auditors from ASSL prior to issuing a final audit report to Parliament.
The Office states that Section 119(2) of the 1991 Constitution of Sierra Leone give mandate to the Auditor-General to audit the Public Accounts of Sierra Leone and all public offices including the courts, the accounts of the central and local government administrations, of the Universities and public institutions of like nature, any statutory corporation, company or other body or organisation established by an Act of Parliament or statutory instrument, or otherwise set up partly or wholly out of Public Funds.

The audit is carried out in an independent manner without third party interference as prescribed by the International Standards of audits for Supreme Audit Institutions (ISSAIs) and as best practice dictates. This to ensure that apart from achieving an objective view of the use of funds by MDAs, citizens are well informed, and MDAs are in the position to operate better when recommendations proffered in the audit reports are fully implemented.

There are four phases involved in the audit process. These are: Planning Phase; Fieldwork Phase; Reporting Phase and the Follow-up Phase

PLANNING PHASE: A successful audit exercise starts with adequate planning in the office. This is done within the ASSL; outlining institutions to be audited in accordance with the strategic plan of ASSL. During this period, a notification (initial communication) for the audit is sent to the client to be audited.
Setting up of an Audit Team follows immediately and the performance of pre-engagement activities (including assessment of team members’ independence/code of ethics and competence as well as the allocation of timeframe and resources for the audit).
A date for an entrance meeting is then scheduled; and at the agreed date, an entrance meeting is held with the auditee (institution to be audited). During this period, the discussion would include the Audit Approach, Term(s) of Reference as well as presentation of checklist, identification of Audit Focal Person and arrangement of office space for the Audit Team.
FIELDWORK: During this phase, the Audit Team moves to the auditee’s premises. During the fieldwork, the auditors receive documents from auditee; perform designed audit procedures (including analysis and examination of documents provided by the auditee and third party); raise audit queries and hold discussions with auditee for clarification of issues.
REPORTING PHASE: This phase starts with the exit conference (closing meeting) with auditee (discussion includes recap of key audit findings, etc.) during which the auditors give opportunity to the auditee to respond to the audit queries. Issues not clarified are put into a draft report (management letter) sent to the auditees for response within 15 days as stipulated in section 93(3) of the Public Financial Management Act, 2016.
Upon receipt of responses from the auditee, the auditors would verify the responses for two things: firstly, to verify whether the recommendations made in the draft report are implemented and secondly, to check what extent have they been implemented.This is an important stage as prescribed in the ISSAIs and is a common practice in public sector external auditing.
After the verification exercise, issues not clarified would go into the final audit report submitted to the client and at the same time form part of the Auditor-General’s Annual Report submitted to Parliament.
FOLLOW UP: This is the phase that comes after the report would have been submitted to Parliament. When conducting a current audit exercise of an institution that was audited previously, audit laws prescribe that there is a follow-up on the previous recommendations made. The outcomes of that follow-up are always factored into the current report to show whether they have been fully implemented, partly implemented or not implemented at all. The auditors determine that by the evidence made available .It is important to bear in mind that the end result of our audit work is to add value to the work of the institutions we audit. That is to help institutions perform better.