Her Excellency, Fatima Bio, was in unity with other First Ladies as they supported and participated in a plenary session on the elimination of Cancer in Africa.

Mrs Bio is excited that First Ladies are taking initiatives in supporting their husbands, in seeking African solutions to our problems. The event organized by the First Lady of Niger, Her Excellency, Madam Malika Issoufu, shows commitment and a drive to develop Africa.

She was in Niger, for the African Union and OAFLAD (Organization of African First Ladies for Development) summit which commenced on the 4th and ended on the 8th July.

She was accompanied by the Deputy Minister of Foreign Affairs, Solomon Jamiru Esq and the CEO of Maada & Fatima Bio Foundation, Paul Massaquoi. She was received and celebrated by H. E. Laila Malika Issoufou, the First Lady of Niger.

She believes in the holistic development of Africa and for African First Ladies to play key roles in sustainable development. The untapped potentials of African youth is part of what needs to be addressed. With changing funding environment, First Ladies are working together under the umbrella of OAFLAD, to develop effective programmes encompassing various countries. OAFLAD are committed to positive change in Africa. 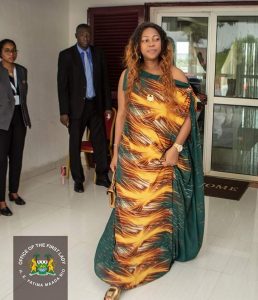 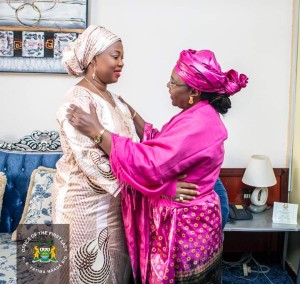 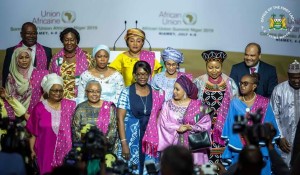 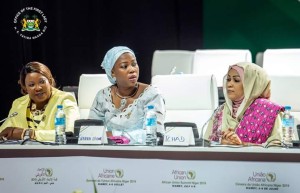 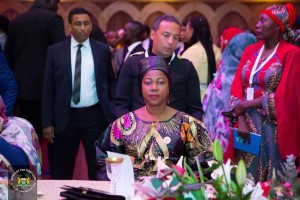 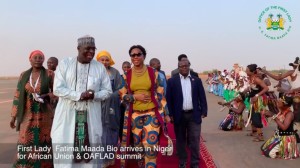 “As we work towards ensuring access to quality and affordable health services, we will work to ensure gender equality and women empowerment and enhance both empowerments,” OAFLAD.

The summit looks into challenges and constraints faced by women and children including the vulnerable population. OAFLAD believes that it is only when issues of such nature are discussed that government of different countries will  prioritize them.

The theme for this year’s assembly is “Collaborating to Transform Africa: Addressing the Needs of Vulnerable Populations”. The delegation also looked at the strategic vision 2019 – 2023.

On the 5th July 2019 she attended a Dinner and award ceremony hosted by First Lady Lalla Malika Issoufou of Niger. It was held at Radisson Blue Niamey, Niger.

The dinner was for First Ladies and top dignitaries including stakeholders and partners in the fight for women empowerment in Africa.

Persons that have shown exemplary commitment in their various charitable causes were awarded cash donations in recognition of their work.