First lady, Madam Fatima Maada Bio and JMB Women’s Wing, on Tuesday 21st May 2019, join worshippers at the Ghaddafi mosque in Rokupa and 8 other different mosques around the east end of Freetown, as they observe the Ramadan prayers. As a devout Muslim, she is known to be proud of her religion and has not wasted any opportunity to associate with her brothers and sisters of like faith in prayers. After making short statements in the various mosques admonishing worshippers to be steadfast and to show love to each other and the country, she offered gifts to them as a token for the Ramadan period.

In her brief statement at the Ghaddafi Mosque, Madam Fatima Bio encouraged the Muslim “umah” to be steadfast in praying for the country and the leaders to rule in the favor of the masses and Allah. She noted that this is her first time to join worshippers at that mosque in prayer.

“The Ghaddafi mosque is one of the mosques I’ve never prayed before, practically because the name brings me memory I don’t want get often, as Ghaddafi was a great warrior in Africa,” Mrs. Fatima Maada  Bio confirmed. She disclosed that she has known the late leader whose name the mosque carries and does not want to bring back those memories, especially the way he died. She further disclosed that over six years she and the JMB WW have been offering gifts to various mosques across the country and that it is not because she is now the First Lady, as others will want them to believe.

She asked the Muslim women to be respectful and supportive to their husbands irrespective of their situation. The First Lady further called on all Sierra Leoneans, especially the Muslim community to pray during this Ramadan, for the country and Allah’s guidance. She stressed that if Sierra Leone falls, everyone falls with it and if the country rises, everybody will rise with it. She admonished everyone to be proud of their religion and country and follow the instructions of the Imams. She later offered various food items to the head of the mosque for all the members and admonished them to cook the food for everyone to enjoy during the ‘lailatu gadri’.

Sheik Osman, head Imam of Ghaddafi mosque, expressed appreciation to the First Lady for her contribution towards the Muslim community in the entire country and thanked her for the gifts, affirming that the items will serve a good purpose during the last 10 days of the Ramadan.

“As transparent as the Muslim communities are, the First Lady brought food items and a handsome amount of money that we will all benefit from in this mosque and even in the neighbourhood,” Imam Osman confirmed.

Thanking the First Lady, the JMBWW and her entire entourage for the kind gesture to the Ghaddafi mosque, Sheik Osman openly invited the President, Rtd. Brig. Julius Maada Bio to worship with them as he recalled telling him that whatever Allah has destined will happen and today as President, Allah has decided. He also, on behalf of the Ghaddafi mosque extended his regards to the President H.E Julius Maada Bio and his Government, stakeholders and prayed they rule the country well. 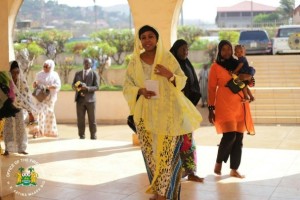 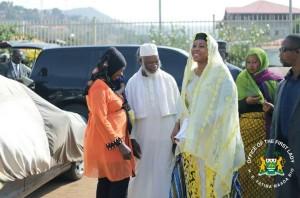 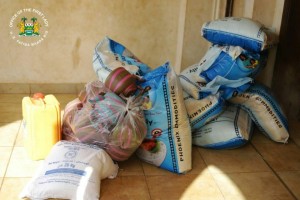 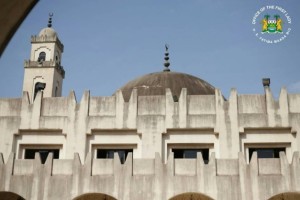 The various food items and money was handed over to the Imam by the First Lady after the prayers.