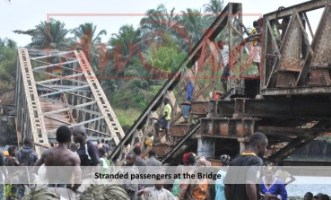 Government of Sierra Leone, through the Sierra Leone Roads Authority (SLRA), has paid the sum of 3.4 billion Leones to 210 affected property owners along the Moyamba junction-Moyamba Road, which is under construction.

The above disclosure was made by SLRA’s Public Relations Officer (PRO), Sorie Ibrahim Kanu, at his    Kissy office in Freetown on Monday, 1st July, 2019.

He said the name of the project is “Moyamba junction-Moyamba Road and Four Bridges”, noting that the bridges include Magbele, Mabang, Gbagbama, and Moyamba.

“Two weeks ago, SLRA’s Board of Directors, inspected ongoing road works in Bo and Kenema cities and those in Bonthe Sherbro Island. The government also paid compensation of over one billion Leones to 120 affected property owners in these communities,” he disclosed.

He noted that over the weekend, one of the funding partners of the Kenema-Pendembu Road-the Islamic Development Bank (IDB)-did an inspection on the progress made so far on the road, adding that plans are underway for road works on the Kailahun-Koindu road.

He said IDB has shown commitment to fund the Koindu-Liberia and Koindu-Guinea roads.

Already, he said, bids have been opened for spots improvements and pre-mix patching and that of Third Street in Bo city.

Asked about the progress of the ongoing Magbele Bridge, he stated that contractors have almost finished the pillars, while awaiting the beams to arrive in the country.

He expressed optimism that by next year, substantial work would have been done on the Magbele Bridge.

With regards the Mabang Bridge, he said drilling is ongoing on the bridge and the government is making efforts to ensure that that bridge is constructed so as to ease the transport constraint of the inhabitants of Mabang and its environs.