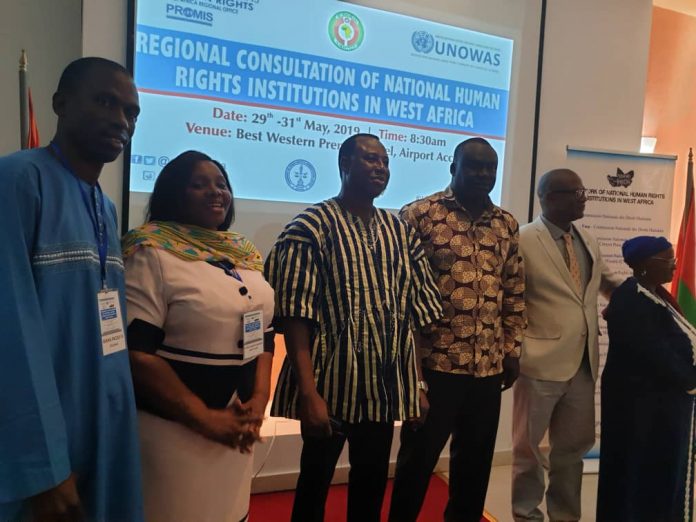 The nomination of HRCSL was done during a two-day consultative meeting of National Human Rights Institutions (NHRIs) in West Africa in Accra on May 29th, 2019.

The meeting was for the 15 NHRIs to engage on topical social issues such as their roles in the attainment of the Sustainable Development Goals (SDGs) and the promotion and protection of the human rights of migrants.

The promotion of peace, security and human rights, generally of citizens of the Economic Community of West African States (ECOWAS), with a gender perspective, and other topics were also discussed.

The regional consultation provided an opportunity for NHRIs to define strategies and specific actions to contribute to the implementation, monitoring and review of the GCM at the national level, in line with the gender-responsive and human rights-based approach.