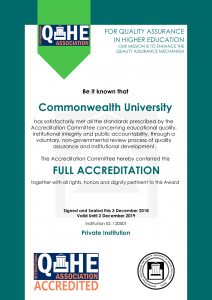 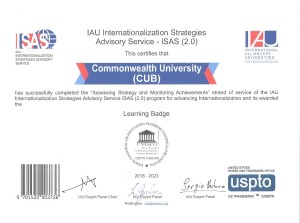 Minister of Tourism and Culture, Mrs. Memunatu Pratt has been decorated with an honorary PhD in Dubai.

However, it is very unfortunate that in this country, where the human capital resource for powering the country and its people’s transition from poverty to shared prosperity is very scarce, instead of revelling in the success of our compatriots that through dint of hard work and perseverance reach the heights of learning, the tendency is for use through sheer, jealousy, envy, malice or hate to pull them down – referred to as PHD – Pull Him/Her Down.

A victim of such malicious calumny is the country’s distinguished, hard-working Minister of Tourism and Cultural Affairs, Madam Memunatu B. Pratt.

Her enemies and detractors claim that Madam Pratt paid the London Graduate School USD5, 000 to secure the degree that was conferred on her. The information allegedly was provided by Insight Namibia Magazine.

For a start, for anybody to suggest that Madam Pratt does not deserve a Honorary PhD degree from an institution whose credibility is impeccable, as will be shown later, is most disingenuous.

Mrs. Memunatu Pratt was born in Freetown on the 29 April, 1964 to Mr and Mrs Pratt.  She attended the Roman Catholic Primary Schools Koidu and Tongo Fields – 1969-1976. She then proceeded to the Holy Rosary Secondary School Kenema (1976-1981), where she sat O Levels and got her university entrance requirements.

With determination and fortitude, she spearheaded the establishment of the Department of Peace & Conflict Studies, FBC, University of Sierra Leone (2002-2003), and has contributed immensely to the establishment and development of Peace Studies programme in West Africa (2003-present), she has also contributed to the development of certificate and Diploma course at the Kofi Annan International Peace Training Center in Ghana (2004-2010), Higher Education Link Coordinator – Universities of Sierra Leone and Department of Peace Studies University of Bradford, United Kingdom (2001-2006), Coordinator and hosted Department of Peace Studies, University of Bradford, Field Trips (2003-2006), Lectured and acted as Programme Coordinator, Head Peace and Conflict Studies, FBC (2002-2010), Part-time Lecturer – Gradoc Masters in Gender studies course, Lead Resource person for Developing the Module on ‘Gender, Conflict and Human Rights (2004-2011), Senior Lecturer and Head of Department of Peace and Conflict, FBC (2010 – Date), National Chair IPRA – Hosted the International Peace Research Conference in Freetown Sierra Leone (2016) and appointed by President Bio as Minister of Tourism and Culture Affairs in 2018.

After receiving the honor, Madam Pratt in interviews with major TV stations in Dubai said, “This came at a time I was not expecting,” but noting that one thing she believes in is “serving the right cause always, with genuine purpose and believing that one day you will be remembered, as this has manifested today upon receiving the award in high placed ranking order.”

Madam Pratt pointed out that the conferment was symbolic prove that she has been followed and watched on her performance as Minister of Tourism and Cultural Affairs, adding that what she is doing is in the best interest of the country, “and this will place the destination on the tourist map worldwide”.

In the one year and a bit more that she has been the political head of the country’s Tourism and Cultural Affairs ministry, Madam Prat has achieved a lot in terms of rebranding the country as a tourist destination.

In raising Sierra Leone’s tourism profile internationally, her focus has been to employ tourism as an instrument for peace, political stability, job creation and economic growth and empowerment of tourist communities through partnering with world class tourism sponsors sand promoters.

Quite recently, she and a Tourism ministry delegation took Sierra Leone’s case to Canada.

Meanwhile, for the attention of her detractors, below is a letter from the University of Costa Rica confirming the award of a honorary doctorate degree on Madam Pratt:

Dear Hon Pratt,
Thank you for drawing our attention to the publication. I will address the publication but before I do that, I will explain what we did in your case:

WHAT WE DID IN YOUR CASE

We understand that such misleading information put online may cause you some concerns and as a public figure. As a result, we recommended that our partner university, Universidad Empresarial de Costa Rica (Business University of Costa Rica) to confer your Honorary Doctorate Degree.

We did this because as a respected public officer, we cherish your reputation and would not want your political opponents to use misleading information online to discredit your achievements.

We are equally proud of our achievements of the Commonwealth University and accreditations received to date and the value we are adding to top executives and their respective organizations.

You can view Universidad Empresarial de Costa Rica’s ranking in Costa Rica and in the world ranking here:

You can read about the university on its website here
http://www.unem.international/us.html

Now, I will go on to address the publication.

The publication is not only incorrect but also misleading. We consider this clarification necessary so as to put the records straight.

Those who have put up the negative publicity have never attended our programmes neither have they visited or contacted us with any query.

Our investigations revealed that the publications were politically calculated to harm a perceived strong opposition figure in the said country.

I will like to provide additional information about the London
Graduate School and Commonwealth University for your attention:

The London Graduate School is registered in the United Kingdom as a provider of higher (tertiary) education services to teach degree programmes of other institutions. It is the appointed tuition provider and administrator of Commonwealth University and several non-UK universities.

The London Graduate School does not have powers to award its own degrees. The degrees are awarded by the Commonwealth University or our partner universities which are UNESCO-listed Universities recognised and accredited by their home government.

London Graduate School has authority to bring people to the UK for our top executive education courses and training that are for a period of 6 months or less.

The awarding body, the Commonwealth University, is a corporate professional private distance learning university registered in the City of Panama. It is a non-traditional university that is globally focused and has its international office in London at the London Graduate School office.

Commonwealth University has been given the UNESCO Learning Badge for advancing internationalization of education. This UNESCO certification is valid till 2023.

QAHE inspects the internal quality assurance system and reviews study programs of a university. The QAHE Accreditation scheme assists institutions to achieve and maintain international standards and all accredited institutions must enter the Continuous Perfection
Evaluation process every year (www.qahe.org)

The Commonwealth University and the London Graduate School have entered into strategic alliances with a number of universities in what is called Dual Degree partnership.

Under this arrangement, any student who completes the Commonwealth University Degree and who wishes to avail himself or herself of the Dual Degree programme will complete the Assessment Documents and the entire transcript and evidence of work such as completed assignments and dissertation shall be submitted for further assessment and upon satisfactory result will receive another degree from the Dual Degree Partner.

The dual degree partner universities are recognised and accredited by their home government and are also listed on the UNESCO Handbook of universities.

The university college is one of the sixteen (16) private universities that was approved and accredited by the government of the Republic of Benin in 2016. It is accredited for the Brevet de Techniciene Superieure (BTS) Associate Degree. We currently have over 70 students currently studying full time with us in Cotonou.

We are 13 years old as an institution and we have served many leaders from over 72 nations. We have been organising these top executive leadership seminars in Dubai since 2007. I have attached our UNESCO Learning Badge certificate and the QAHE Accreditation.

The proactive step we took was to ensure that the misleading publication does not cause you harm in any way. So, your award is from Universidad Empresarial de Costa Rica and not from Commonwealth University.

Please do not rely on Wikipedia, anyone can put up information on Wikipedia. You can make enquiries directly from the relevant authorities.

I hope these few lines designed to give you assurance have achieved  the desired result; for you and for us.