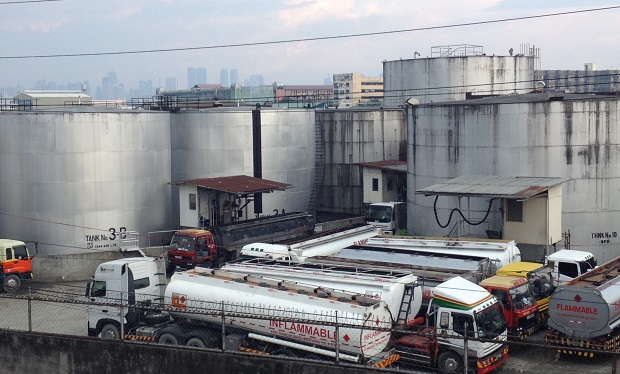 Oil Marketing Companies (OICs) in Sierra Leone have been put at the cutting edge being encumbered by a lot of bottlenecks greatly inhibiting their efficient performance and thereby posing serious competitive challenges that threatens those companies’ continued existence.

It must be noted that for any government to successfully govern and manage its economy well anywhere in the world it can only do so by actively engaging oil producing companies.

The state of oil companies currently is such that they are challenged and if nothing is quickly done by the relevant authorities to address the precarious position in which these companies are presently placed.

It is understandable that the whole country relies on petroleum products for certain activities to be accomplished that lead to development.

It is no secret, as stated earlier, that Oil Marketing Companies (OMCs), operating within the country, are at the moment going through difficult financial straits.

From what was so far understood, one of the most pressing hurdles that these companies have been grappling with is easy accessibility to the US Dollar. In a country where the legal tender, the Leone, has considerably depreciated such is having serious impact on the viability of the affected companies all using the dollar to procure petroleum products overseas.

Paradoxically, in spite of this foreign exchange constraint, which had lingered for some time, it was only shortly that fuel price was increased to Le 8,500.00 for petrol and diesel when comparatively it is sold above Le9, 000.00 in Liberia, Guinea, and The Gambia.

The oil companies have reportedly recorded massive losses lately and one of them, NP-SL, up to the tune of over Le 96 billion (ninety six billion Leones).

Recently, NP-SL General Manager, Kobi Walker said over a radio interview that one of the major factors that have been responsible for the present status quo antebellum is the fact that there has been a huge difference between the actual price of PLATTS and the average purchase price of USD $ to the Leone when matched against that of the Petroleum Regulatory Agency Pricing Formula.

According to him this is a big challenge that NP cannot easily handle.

He further divulged that foreign exchange owners are really challenged and for that reason foreign currency is not freely available for them to continue the process of purchasing and selling.

He further stated that looking at the current prices of petroleum products within the context that NP is subsidizing, has further compounded the situation, which he said is a contributory reason why they are encumbered with such huge losses, highlighting how that is not their sole responsibility as a company.

He said that it is not their business to give subsidies and sell below what they are buying, pinpointing how they are willing to continue to supply their products.

The GM disclosed that Sierra Leone is consuming over 400 million litres of fuel every year. He added that if the price for fuel remains less competitive and somehow profitable such will pose serious difficulties for the survival of OMCs, but expressed optimism that they are sure to address the issues with the relevant stakeholders.

He postulated how the company cannot determine the increase in price of fuel as there is the Petroleum Regulatory Agency which is the regulatory body of all OMCs operating in the country.

“If the current fiscal regime is not reviewed many companies including Sierra Leone’s fully indigenous National Petroleum Company will go down a painful and dreadful route,” stated a seasoned economist.  He added that sound policies must be urgently rolled out to ensure stability.

The economist maintained that it is regrettable that the company finds it extremely difficult to purchase US Dollars in the marketplace currently.

Of course to promote transparency of goods that are brought into the country and ascertain the required taxes that must be paid to Government, the ASYCUDA digital software was introduced at the Port.

NP-SL is indeed worthy of commendation.