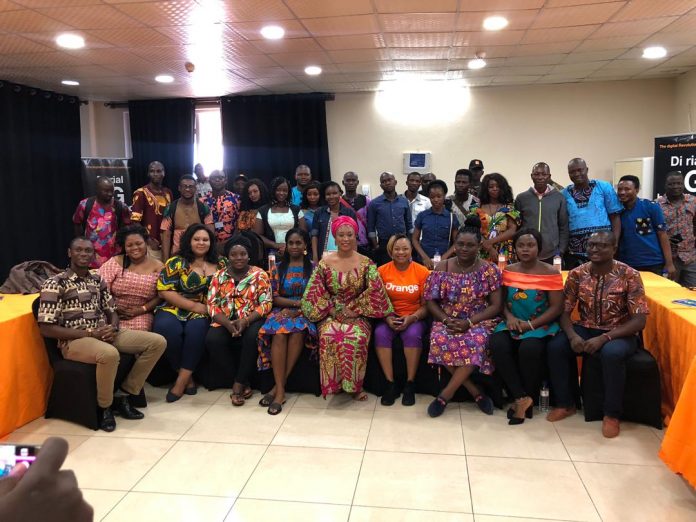 One of the country’s mobile operators, Orange SL on Friday 5th July, 2019 held its second quarterly meeting with press men at the Country Lodge on Hill Station.

She added that they are very proud as a company to say they have the widest network in Sierra Leone covering 80 percent of the country’s population and connecting 925 main localities for the very first time in the country with thousands of Sierra Leoneans now accessing data, voice and financial services.

Annie explained to media practitioners that Orange SL is committed as a company in steadily rolling out its Corporate Social Responsibility furthering how they have paid 2 billion Leones in its GSM project in 2017 and 2018 adding that they are the only GSM operator contributing towards the Free quality education project having pledged 1.5 million Leones support assistance that will be implemented over the period of five years.

“Competition in the mobile network is up and orange SL doesn’t plan to slow down at all. We will continue to work hard to enhance telecom connectivity in Sierra Leone in line with the Government’s agenda for ICT to ensure we keep Sierra Leone at the fore front of communications in Africa and by extension the world,” she noted.

Underscoring the achievements of Orange SL from January to date in the network sector, Desmond Spaine, said that they have added new sites in the country and 39 3G sites have been added from January to date and said they have also integrated 65 new 4G sites within the Freetown Municipality and once they are completed they will target the provinces to ensure that Sierra Leoneans enjoy the very best of telecommunication in the country.

Spaine pointed out against the end of December 2019 they are targeting 389 sites maintaining how from now to December they will be constructing 52 new sites in addition to the 337 sites across the country and are proud to say Orange SL is going to be the network with the largest coverage in the country.