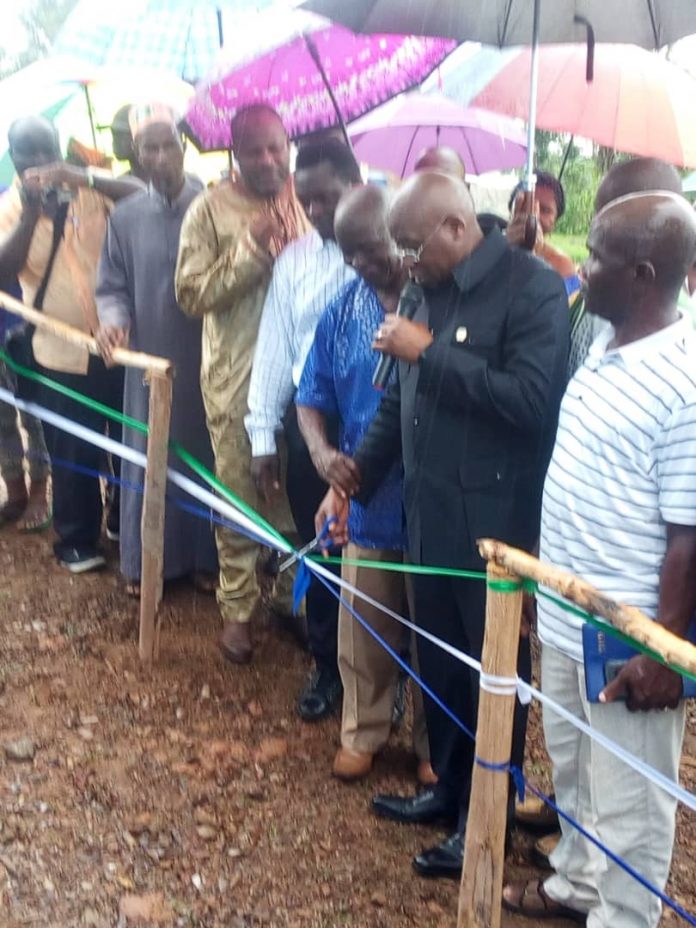 In his statement Mohamed Serry Managing Director Hadissa S/L Limited said the construction was done in 13 districts and each borehole was drilled at a depth of 80 meters deep and that they made sure that the boreholes will not run dry. He stated that tests have been done by Wash Net in order to ensure that the water is safe for human consumption. He went on to say that Hadissa SL Ltd. will continue with the monitoring and maintenance for one year to ensure sustainability.

Mohamed Nad Kamara Secretary General Hadissa SL Limited stated that Hadissa SL Ltd. is doing all it could to do a quality job before the one year period given to them by the government. He added that as a reputable company ‘we want to uphold the value of the local content policy in Sierra Leone.”

He went on to state that a study was conducted in 2012 by the Trade Ministry and the British DfID which  revealed that even for small time jobs  – operators of heavy duty trucks; welders of mining plants, etc. – in the big mining and construction companies; the majority of Sierra Leoneans are ill-equipped with ‘Technical Vocational’ knowledge to perform efficiently, but that this narrative is slowly changing, with companies like Haddisa SL Ltd, Pavi-Fort and Gento Group among others.

He added that they have now joined the queue in civil engineer works which gives them the opportunity to train young Sierra Leoneans to be capacitated in technical works, he ended.

Fallah K. Tengbeh Senior Project Manager Ministry of Water Resources said the Solar Boreholes is one of the fastest and cheapest means of providing safe water, and is used all over Africa.

“The Solar connection is done from the bottom of the well and the panel itself is place on the roof top of the structure so it can access the sunlight which makes it operate with gravity force to supply the water to all the taps connected the borehole, and it is easy to maintain and has less economic bother to the communities.

He added, ‘We have succeeded in implementing lots of cost-effective projects because Dr. Jonathan Tengbeh who is the Minister of Water Resources is himself a technocrat with vast experience in the field”.

In his statement Alhaji Issa Sallieu Barrie, Chief Executive Officer, Hadissa SL Limited thanked the government of President Julius Maada Bio for restoring confidence in Sierra Leoneans and giving them the opportunity to be part of nation building.

He continued to state that water is life and that he will do all in his power to deliver his side of the contract to ease the suffering for water.

“Hadissa SL Limited is a Sierra Leone company and given a contract by the government, it is like we are working for ourself as we are also beneficiaries. I am passionate to be part of development and I know how water has been a problem for our women and children in the country and so I want to do my best in reducing the suffering,’ Barrie said.

Honourable Simeon Fefegula of Constituency 096 stated that provision of water is among the priorities of the Bio-led New Direction Government. He spoke on the importance of water, adding that these steps taken so far are an indication of hope that more development is coming in Moyamba District.

Giving his keynote address, the Minister of Water Resources, Dr. Jonathan Tengbeh said water is among one of 8 priority areas of President Bio and that is why the New Direction Government takes it very serious. ‘We all know the challenges and the negative impact caused by the shortage of water. It leads to early pregnancy of our girls, and it affects the school system; health and has lots of negative impact on the society,’ he said.

‘But we all know that the Government inherited a battered economic from the past APC regime, and so we cannot fix everything at once. But we all know President Bio is a talk-and-do president and so he has among other things prioritised Education, Health, Agriculture, Tourism and Water and we all have been working together in making sure we succeed.

Upon assuming office I tried to capture all neglected projects in this ministry and we have succeeded in implementing the most important ones that we consider to be short term and cost effective,’ the Minister said. He went on to say the Guma Dam was for just a little less than thousands of inhabitants living in Freetown then, but now it supplies over 1 million people and also faced with challenges such as encroachment on the dam boundary.

He said the 100 Solar Boreholes Water supply facility that was constructed by Hadissa SL Limited are just some of the short term projects but that consultants are working to build the River Rokel Dam and construct new reservoirs and rehabilitate old dams nationwide.

He ushered praise and thanked Hadissa SL Limited for the quality and speedy work, adding that they have shown commitment to be part of national development and promised that his Ministry will address the water situation across the country. 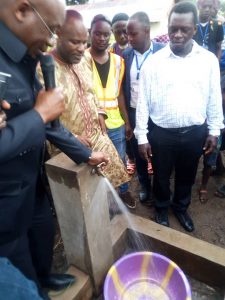 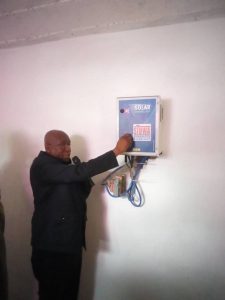 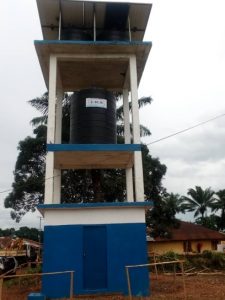 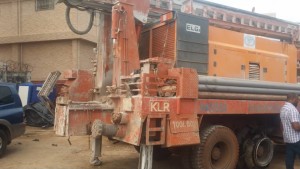 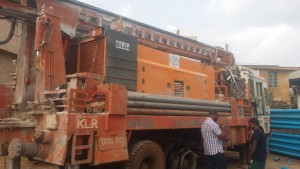 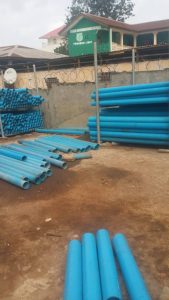