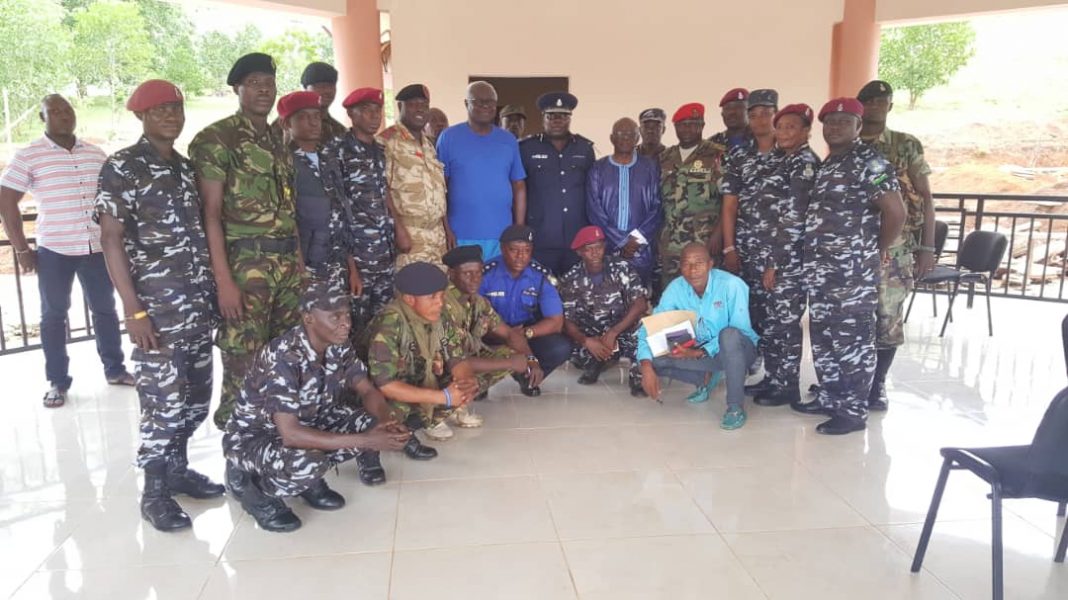 The former president received the team and expressed his delight and satisfaction on the review of his security details.

On the professionalism front, both AIG and Brigade Commander cautioned and admonished the personnel to be professional and steadfast in the discharge of their constitutional duties.

The former president expressed his appreciation to AIG and Brigade Commander for ensuring the smooth deployment. Equally so, same appreciation was expressed to both the Inspector General of Police and the Chief of Defence staff. The appreciation was furthered to Hon. Vice President Dr. Juldeh Jalloh.

The process of redeployment ended at about 1545 hours, which was climaxed with a group photograph.