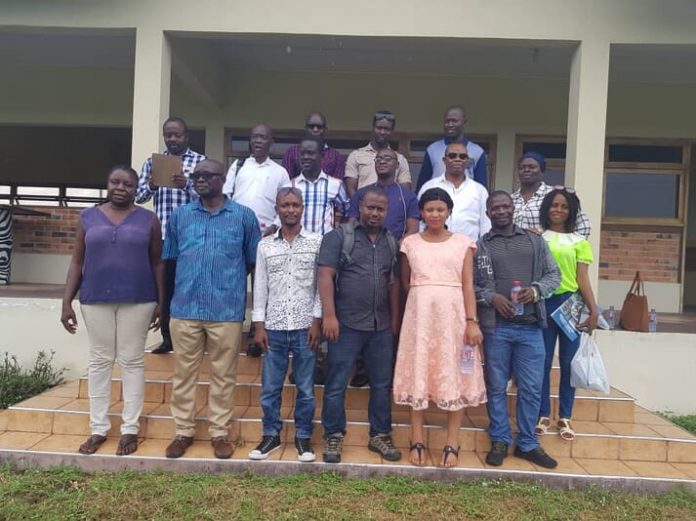 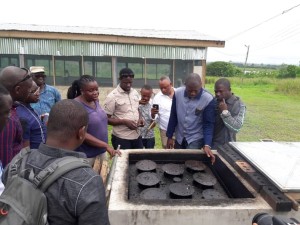 Seeing the opportunities in commercial fish farming, investors and government representatives from Sierra Leone have been learning about best practice from friends and colleagues in Ghana – and are ready to transform the sector at home.

Following a training and fact-finding tour of Ghana, Sierra Leone’s Seawright Mining Company is preparing to start commercial fish farming in Sierra Leone. The delegation, which was made up of 15 people, including company representatives, parliamentarians and other public officials, visited key Ghanaian aquaculture institutions, and participated in workshops in both Akosombo and Ainoo-Ansah Farms’ training centre in Accra.

The Seawright Mining Company, a gold and diamond production company run by the American businessman Dr. Alfred Seawright, is seeking to invest in commercial aquaculture as a means of deepening its involvement in the Sierra Leonean economy. Dr Christian Larbi Ayisi, a lecturer at Ghana’s University for Development Studies, who serves as consultant to the company, said that the aim of the tour was to enable Seawright and its stakeholders to get a good idea of industry best practice before rolling out its investment programme. A developed aquaculture sector, he said, would help Sierra Leone deal with major problems like the huge amounts spent on fish imports, and protein deficiency. The team visited some fish farms, an aquaculture research institution and regulatory institutions.

“Seawright wanted to learn from Ghana’s experience,” said Ayisi. “Ghana has acquired a lot of experience in aquaculture, from the development and regulation of tilapia species to the development of feed sources, to the regulation of the industry. Seawright wanted to learn about these experiences, especially the mistakes that were made along the way. The trip was very successful, and we expect that there would be follow-up visits in both directions.”

Ayisi added that the workshop at the Training Centre was very useful, as it enabled the team to interact with senior technical personnel involved in the industry: “Their presentations drove home some important issues relating to building and maintaining an efficient aquaculture industry in Sierra Leone. Among these were the importance of technically sound farm infrastructure and skilled personnel. We also need a reliable source of quality seed and fingerlings. And we must develop and maintain a stable market.”

Following the visit, plans are underway for rolling out the company’s strategy this year. A member of the team, the Honourable Alex Mattia Rogers, Member of Parliament for Sierra Leone’s Pujehun District, said that CEO Alfred Seawright’s initiative was a welcome intervention that will make a major impact on the national economy. “We want to make this initiative work,” said Rogers. “That is why we were in Ghana to learn from them.”

Jacob Ainoo-Ansah, facilitator at the Ainoo-Ansah Farms training centre, assured the participants that aquaculture is a major contributor to food security, especially in Africa, and that their decision to invest in that sector is a wise one. “In Africa today, we can’t afford not to promote aquaculture,” he said. “Our fish and protein supply is highly inadequate, and the amounts of hard currency we spend on fish imports can certainly not be sustained.”

As in most West African countries, the steep decline of capture fish production and illegal fishing by large foreign trawlers has created a huge fish supply gap in Sierra Leone, making aquaculture a big necessity. The country currently imports 30,000 tonnes of fish annually to meet its supply shortfall.

Meanwhile, the Ghana-based international aquaculture group SkyFox expects aquaculture production in Sierra Leone to register a significant hike, after the country had seen production revved up in some 200 fish farms across the central Tonkolili District. The ponds were constructed under USAID-funded programme “Feed the Future, Scaling Up Aquaculture”, which was implemented by WorldFish. It was started in 2015, and completed its lifespan in March this year.

Traditional fish farming has been practiced in the district for decades. The project aimed at promoting commercial production, in order to improve nutrition levels in the district and beyond. The programme also encouraged women’s participation in aquaculture. Close to half of the 200 people equipped with basic fish farming skills were women.

Patrick Apoya, CEO of SkyFox, says that USAID and WorldFish have provided a good foundation for successful aquaculture practice in Sierra Leone, especially in Tonkolili District. “The people in the District are already predisposed to aquaculture, so we are building on the foundation laid,” said Apoya. “Our emphasis is on profitable fish farming based on good technical structures and knowhow. We are ensuring that all the pond structures are technically sound. And we are developing strategies for providing good-quality seed material and feed locally. At present, most supplies are brought in from Ghana. But we are working to develop local capacity in the near future.”

He is confident that women will play a prominent role in aquaculture in Sierra Leone. “In Ghana women form the majority of the investors in our projects, and they enjoy good dividends. We will encourage the women farmers in Sierra Leone to run their farms on a sound commercial basis. And we hope to introduce the shareholding scheme to provide avenues for profit making.” Mr Apoya also said that maximising water use in food production is a guiding principle in SkyFox operations, and the company will seek to implement interventions for achieving them. “In Ghana, water from the ponds is used to irrigate crop farms,” he said. “We will introduce such projects in Sierra Leone where they are possible.”