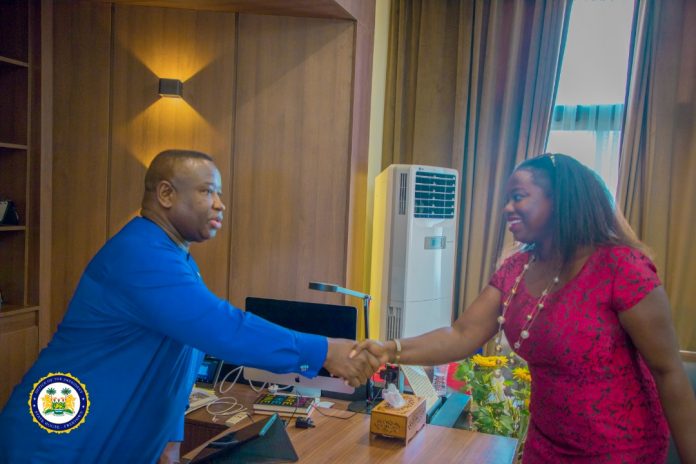 The Country Director for the SOS Children’s Villages in Sierra Leone, Sophie Ndong, has on Tuesday, 25 June 2019 paid a courtesy visit on His Excellency President Dr Julius Maada Bio at State Lodge, Hill Station in Freetown.

SOS Children’s Villages is an international children’s charity that offers safe and nurturing family homes to over 80,000 orphaned and abandoned children in 134 countries around the world. It also keeps families together through skills training and community development to ensure self-sufficiency and prevent child abandonment.

In her presentation, the SOS Chief said she was pleased to meet and update the President on their activities for the first time since her appointment to the country. She said they had three operating villages in Sierra Leone with kindergarten homes, international schools and youth facilities and they concentrate on providing care for children who had lost parental care or were at risk of losing it.

She said as part of their work, they had gone around discussing with other key partners in the country on how to support government programmes, especially in the field of child protection and alternative care. She said apart from providing education and health care support for children, they had also encouraged them to be active members of society.

“We also have a strong focus on working with teenagers and youth on how we can provide them with education with soft skills so that they can also be part of society. We want to support the children in the communities while we also partner with other NGOs so that they can concentrate on the family, provide support to the family and we concentrate on the children so together we create a greater impact to prevent family separation,” she said.

In his response, President Bio said he was pleased with the work of the SOS Children’s Villages in the country. He said his Government had decided to prioritise human capacity development because he was concerned about the future of the country, which rested on the children. He noted that it was important to use education as a piece of equipment for children to be able to face the competition in a highly interconnected world. 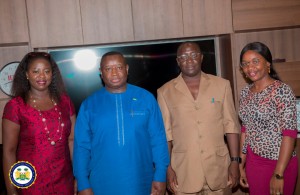 He also commended the charity organisation for the enormous support they had given to kids who could have fallen along the lane if not for their support, adding that their activities were in line with his government’s programmes. He also assured of his support to complement the work of SOS in the country.