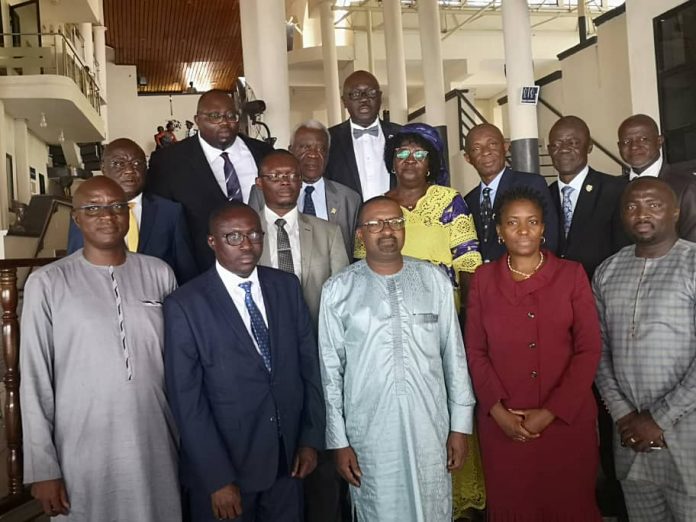 The Honourable Vice President Dr Mohamed Juldeh Jalloh has cautioned the Ministry of Foreign Affairs and International Cooperation to see the need for organizational restructuring and management. Dr. Jalloh cautioned the ministry for the manner it is presently administered. He described the ministry’s present condition as problematic with lots of work to be done.

He made the remarks at a seminar organized by the Ministry of Foreign Affairs at Golden Tulip- Essential Kimbima Hotel in Freetown on 17th June, 2019. He called on the new ministers and the new Director General of the ministry to do more and increase the administrative effectiveness of the ministry, and to make it become a freer environment for public access and transaction.

The Vice President informed the participants about the government’s determination to ensure new strategic shift of Sierra Leone missions, noting that the embassies and high commissions need to be reshaped and reconstructed in order to become fit for purpose.

Dr. Jalloh encouraged the Foreign Affairs Ministry to shift in policy focus and relevance. He explained shifting to mean moving from classical Africa Foreign Missions to strategic and beneficial-oriented missions for Sierra Leone.

Vice President Jalloh called on Policy Heads of the Foreign Affairs Ministry to mainstream foreign missions fit for purpose. He recommended for staffing in Sierra Leone Missions to be in line with the new trend of having a minimal of three Sierra Leonean diplomats and citizens of the host country working in Sierra Leone missions according to the strategic relevance of a mission.

He added that the scaling method will reduce cost on the Government of Sierra Leone on overseas spending and increase efficiency and performance in the missions.