A growing concern over wildlife in Sierra Leone, by James Fallah-Williams, has been debunked and put into proper perspective by the Ministry of Tourism and Culture, Dr. Memunatu Pratt. Ever since the new administration came to office, promoting tourism has been a key focus of the Ministry.

In trying to make a point, James stated how quite recently two leopards were killed by hunters in Kabala, Koinadugu District in the North of Sierra Leone saying it is the first-time leopards have been seen in the region for almost 100 years. One of the dead leopards that was photographed appeared to have been pregnant, even raising concerns amongst rights activists.

Showing grave concern, the act was totally condemned by the Minister, Dr. Memunatu Pratt, who is poised to apply measures that will help to save wild life and nature’s reserves of the country. Further, she is currently securing European and Asian investments that will educate the people about biodiversity. Meanwhile media critics say that despite her European and Asian tours seeking for investors yet they have not yielded fruits and opined that she needs to launch a national campaign that highlights the urgent need to preserve and protect the wildlife of the country.

Instead of mentioning the National Protected Area Authority (NPPA) to be the statutory institution responsible for protecting the wildlife, James erroneously ascribed that responsibility to the Ministry of Tourism which as a matter of fact has been collaborating with the former to enhance tourism in the country.

Just returning from a trip abroad, she told this medium that the International and French Tourism Market (IFTM) Top Resa Exhibition in Porte de Versailles, Paris, France, gave her added knowledge on how to improve marketing tourism as an investment opportunity, especially wildlife.

Asked what her impressions were of the Paris exhibition, the Minister responded: “It looks interesting … We are promoting tourism, but we also need investments.  We want investments to support the tourism sector”.

Further, some sections in the media were carrying misleading and subjective articles that attack her work. But the steadfast Minister said that the Ministry of Tourism is not responsible for the protection of forest and wildlife, rather the National Protected Area Authority, and there is a weak link between tourism and wild life in terms of policy. For the Ministry, she added that the policy order has only been developed to warrant direct interventions of protection.

She warned against hunting wildlife because investors go for them to see their natural habitat. “You cannot promote tourism with dead leopards. No foreign investor or country would invest their nationals’ pension funds in a failing system that overlooks annihilation of the very attractions that bring foreign visitors into the country”.

It should be noted that Sierra Leone has some of the rarest fauna and flora, with new discoveries made every few years, but these are being systemically destroyed to an extent beyond comprehension.

The pygmy hippopotamus for example, is found in the Gola Forests of Sierra Leone. It is now classed as critically endangered in the country after the bushmeat trade and deforestation have dangerously depleted its numbers.

In Sierra Leone, people (especially those living in larger towns and cities) pay a premium price for bushmeat. This serves as fuel for the continued and relentless exploitation of wildlife. City criminals have also taken advantage of the situation and have started selling dog meat disguised as bushmeat on the streets.

Those who travel on the highway to provincial towns are often greeted by village hunters selling dead animals and birds – endangered species – by the roadside. The reason the Government has turned a blind eye to this practice is that they do not want to upset their supporters. This is absolute madness, to say the least.

A further contributing factor to the fast-disappearing wildlife of Sierra Leone is state-sponsored logging, which has destabilised wildlife habitats and decimated their populations. On one of our field visits to Eastern Sierra Leone, we came across a 45ft-truck full of red ironwood and other valuable timber heading towards the Guinea border.

This practice has caused habitat loss for rare white-necked rockfowls which are now classed as vulnerable. Picathartes are regarded as some of Africa’s most prized birds, and they have become flagbearers for eco-tourism wherever they are found. They could bring much-needed income to impoverished communities – if only the Government had the political conviction to educate people about their preservation.

The money received from logging is a pittance, and it is incomparable to the damage caused not only to the environment but also to the lives of people. The 2017 landslide that killed over a thousand people on Sugar Loaf Mountain in Freetown is a direct result of logging and land degradation.

Further along the coast from Sugar Loaf Mountain is the No. 2 River, a place where coveted seawater crocodiles are found. The mangrove is also home to green monkeys that have come under sustained exploitation by bushmeat hunters. The river leads to a rocky foot of the mountain beneath Guma Valley, where it abruptly stops and swallows a rushing spring from the hills.

New plant species from the Podostemaceae family are often found in such places in the country. Even here, land clearance, illegal logging and charcoal production have brutally subdued the habitat.

According to an environmentalist, one will be lucky to see any saltwater crocodiles or green monkeys saying such an irresponsible encroachment is killing the whole environment.

As informed Sierra Leoneans, led by the Minister for Tourism, part of our responsibility is to educate the people about the value of preserving the environment. For example, in places such as Turtle Island, sea turtles that used to breed there no longer come; they are hunted for their meat and eggs. Even stranded whales on the sandy beaches of Freetown are killed for their meat by locals and fishermen. This has to stop.

The Sierra Leone authorities have always spoken about modelling their national tourism industry on that of The Gambia. But what they fail to realise is that the government of The Gambia educated its people way back in the 1980s. Killing a bird in The Gambia is a criminal offence punishable by imprisonment. The explosive birdlife you see today in The Gambia is the result of that sensitisation – today. The Gambia has a diversity of birds unrivalled by any other West African Country. This draws a large number of European tourists to the country. The Gambia also has a wonderfully protected angling haven, which draws thousands of eco-tourists to the country. Well over 70,000 tourists from the UK alone, visit The Gambia every year. But even larger numbers of tourists to The Gambia come from Scandinavian countries.

In The Gambia, historic buildings and sites are also maintained and protected, whereas in Sierra Leone, historic buildings such as the house that was used as the birthplace of the oldest modern university in Africa stands in ruin in central Freetown.

The Parliamentary Chairman of the Tourism Committee, Mohamed Sheriff Rahman Coker MP, recently said that the country can only attract tourists when the government creates an enabling environment and passes appropriate laws. 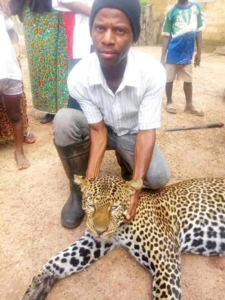