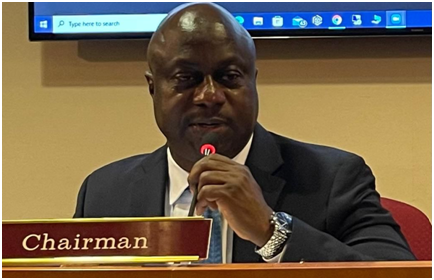 Since its inception in 2010, member States of the G7+ have been scaling up efforts at addressing gaps associated with conflict-affected States toward resilience and the achievement of sustainable Development Goals and effective service delivery.

Against that background, the Permanent Mission of Sierra Leone to the United Nations in New York, in its capacity as Chair of the G7+, has been championing the cause of the Member States of the group with a view to ensuring that conflict-affected States are best positioned to learn from one another about these hard-won experiences.

On the 16th of August 2022, the Permanent Mission of Sierra Leone in collaboration with the Timor Leste-based G7+ Secretariat invited Permanent Representatives of member countries to an experience-sharing meeting.

The objective of the meeting was to develop consensus among member countries on the agenda and outcome of the planned High-Level summit during the upcoming UN General Assembly in September 2022 and to also agree on coordination for optimizing the Observer Status of the G7+ at the United Nations.

In his presentation, the Chairperson of the group, the Permanent Representative of Sierra Leone to the United Nations, H.E. Alhaji Fanday Turay reiterated that as the Member States of the G7+, it is significant to reaffirm their commitments to the mandate of the group which is to advance the common vision of global solidarity, voluntarism, and cooperation.

He further advised that during the High-Level Summit, they should consolidate their perspectives and views on how best to safeguard conflict-affected countries from the impact of the recent crises that has affected the whole world.

“Even though it has almost become a norm for the g7+ to regularly engage at the United Nations during the High-Level week of UNGA, this year should be an epoch-making one, as our collective advocacy is crucial in identifying with the world’s farthest left behind countries,” he said adding that having achieved Observer Status at the UN, the platform could be used to advocate and speak with one voice for their common needs and priorities.

Ambassador Turay concluded by assuring members of the group that Sierra Leone will remain committed to providing leadership that will build on the gains made and develop consensus in coordinating the next steps necessary to enhance the Observer Status of the G7+ at the United Nations.