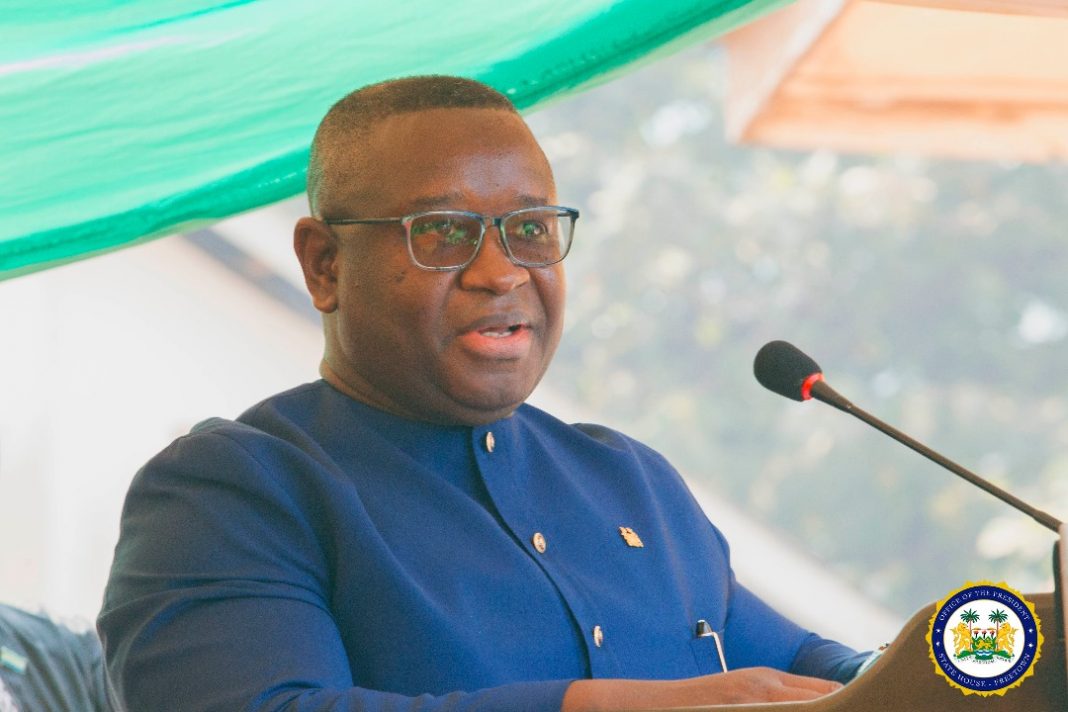 Yesterday 29th January 2019 marked another interesting milestone in the history of Sierra Leone as the much talked about Commissions of Inquiry were launched by His Excellency, The President Julius Maada Bio, at the former Special Court for Sierra Leone. The opening ceremony was graced by the Minister of Justice and individuals from different walks of life. During the launching ceremony this was what President Bio said:

When monies meant for providing healthcare facilities or ensuring food security for every Sierra Leonean are stolen by few people, that is a threat to our national development.

When grants or loans meant for building critical infrastructure that will propel economic activity and provide good paying jobs for our people are stolen by few people, that is a threat to our national development.

When few people collude among themselves and deprive our citizens and country of revenue from our rich natural resources and other sources of public revenue, their activities constitute a threat to our nation.

When people fraudulently convert public funds and resources to their own private use, waste public funds with impunity, and abuse their offices and authority to the detriment of millions of Sierra Leoneans, that is a threat to us as a nation.

And we must also be very clear that when people who occupy public offices steal public monies or engage in other forms of corruption, they do not do so on behalf of their tribe, their region or their political party. Rather, they do so as individuals or a group of individuals and they must be held accountable.

The Truth and Reconciliation Commission (TRC) report has continued to remind us loudly that corruption was one of the main causes of the bloody civil war in this country. Despite strong anti-corruption laws introduced in 2000 and amended in 2008, governance institutions and national development have been perennially weakened by corruption. Corruption has thrived because there has been a lack of strong political will and the near absence of a steely determination to draw a line under corruption once and for all.

Successive government audit reports reminded government between 2007 and 2018 of gross inefficiencies and deficiencies in governance and public accountability, leakages, and downright squandering of state revenue and resources. The responses were more lip service to fighting corruption, sham trials, and backdoor acquittals and reinstatements of public officials.

Two days after I took up office, I commissioned a Governance Transition Team (GTT) to investigate perceived governance and public accountability issues that had led to the near collapse of the state. Their report concluded that rampant corruption, fiscal indiscipline, and abuse and misuse of public office had left Sierra Leone in a dysfunctional state. The country was overburdened with debt, a near moribund economy, weakened governance institutions, and gross inefficiencies and injustices in governance processes. Based on the recommendation of the GTT report for judge-led Commissions of Inquiry, my government requested the legislature to debate and institute the Commissions of Inquiry as required by law.

The Commissions of Inquiry will look at three key issues: governance processes, assets, and the outcomes of the forensic audits. The forensic audits tracked fraudulent activities within entire chains of governance. The commission on assets will look closely at disparities between income or means and assets. The Commission on governance processes will examine inefficiencies and deficits in governance especially where people deliberately misused public offices or took advantage of state institutions.

The judges have no stake in the politics of our country and they will sit as independent commissioners without bias or prejudice. It is not a political witch-hunt. Nobody is going to be asked whether he or she belongs to a political party or hails from a particular region. It is a simple process. The Commissioners will ask people questions, investigate what they are told and the evidence put before them, and thereafter present a report of their findings. As a government, we will act on those findings because it is in the national interest and it is for the public good. We will act on the findings to show Sierra Leoneans, including serving government officials that this must be the last Commission of Inquiry in our history. These commissions will act as a deterrent to every Sierra Leonean who are or will be entrusted with the public trust. They will be a reminder that when one serves one’s country, one must serve with honesty, fairness, justice, diligence, and compassion,

As I have said repeatedly, this war against corruption is a war we must win. I have fully empowered the Anti-Corruption Commission to use all its legal powers to relentlessly investigate and prosecute all cases of corruption even in my administration. *Therefore, let me make this solemn promise to the nation that anyone found wanton of corruption in my administration will be promptly removed from public office and subjected to the full force of the law.*

As a government, our fight against corruption is and will remain as consistent as it is robust. As a country, we must put an end to this culture of rampant thieving, abuse, waste, and impunity. We must foster a culture of public accountability. The Commissions of Inquiry are a public commitment by us as Sierra Leoneans to rid our country of corruption, fraud, abuse, and waste.

As a people, the Commissions of Inquiry give an opportunity to hold accountable those we once entrusted with public offices. We owe it to our country; we owe it to our compatriots and generations yet unborn to get it right once and for all. This is about democratic accountability and our collective determination to win the war against corruption.

I therefore formally launch the Commissions of Inquiry.