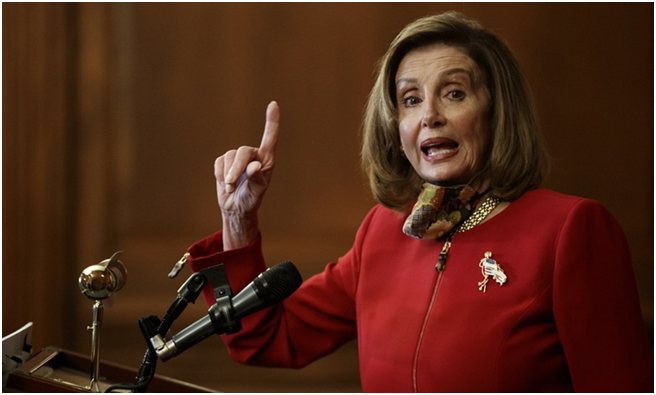 A Commentary By Ranger

US House Speaker, Nancy Pelosi landed in Taiwan in late night on Tuesday 2nd August 2022 in disregard of China’s strong opposition and warning, for a trip that would make her the highest-ranking American politician to visit the island in 25 years.

According to the United Nations Resolution 2758, the lawful rights of the People’s Republic of China in the United Nations were restored. And most countries recognize that there is only one China, and under that policy, the United States of America recognizes and has formal ties with China rather than the island of Taiwan, which is a breakaway province in the ruins of the Chinese civil war and due to be reunified with the mainland one day.

It must be noted that the One China policy is a key cornerstone of Sino-US relations. However, Washington maintains a “robust unofficial” relationship with Taiwan, including continued arms sales to the island.

The US Government and Congress are fully aware of the sensitivity of the question of Taiwan, but Pelosi still wants to play with fire and insists on visiting Taiwan. Some of the reasons of her visit may be to test China’s resolve of reunification presuming that Beijing will not confront the US with military force.

It could also be Pelosi’s personal graduation trip as she is serving her last term as the Speaker and she wants to leave a political legacy.

A school of thought has expressed the view that it could be a shift of focus from a scandal in which her husband made a huge speculation on chip-related stock before the passing of a bill in support of chip companies by the Congress. By visiting Taiwan, she hopes that the public attention will be shifted away from that scandal.

Pelosi’s visit is a provocative action and it would be a serious incident that means the US has violated its promise.

According to the Chinese Foreign Ministry spokesperson, Zhao Lijian, “If you play with fire, you will get burned. I believe the US is fully aware of the strong and clear message delivered by China.”

There are possible consequences that may arise for this trip, some would include but not limited to putting at stake China -US relations, there may be military confrontation between the two major powers and China may speed up its process of reunification.

China’s strategic view is far greater than just playing a game of hawk-and-chicken with Pelosi on her so-called surprise visit to the island, as China will use that provocative move by the US to irreversibly change the Taiwan Straits situation and speed up the reunification process, which is actually much more important than a US politician’s visit.

Concerning Pelosi’s visit to Taiwan, the Chinese mainland has enough contingency plans. Over the years, China’s strategy of “gaining mastery by striking only after the enemy has struck” has worked.

For example, the US launched the trade war, and China fought back. The result is China-US total volume of trade and China’s total surplus with the US has in fact increased, instead of falling. The US tech war against China has forced China to become independent in its technology strategy. The US making an issue of the Hong Kong affair has accelerated the enactment of China’s national security law for Hong Kong.

It must be noted that when China was weak in 1950, it was not afraid of the US and fought in the Korean War and drove the US away from its doorstep. Now that China is much stronger and with the support of the majority of the people it will surely fight until it achieves its reunification.