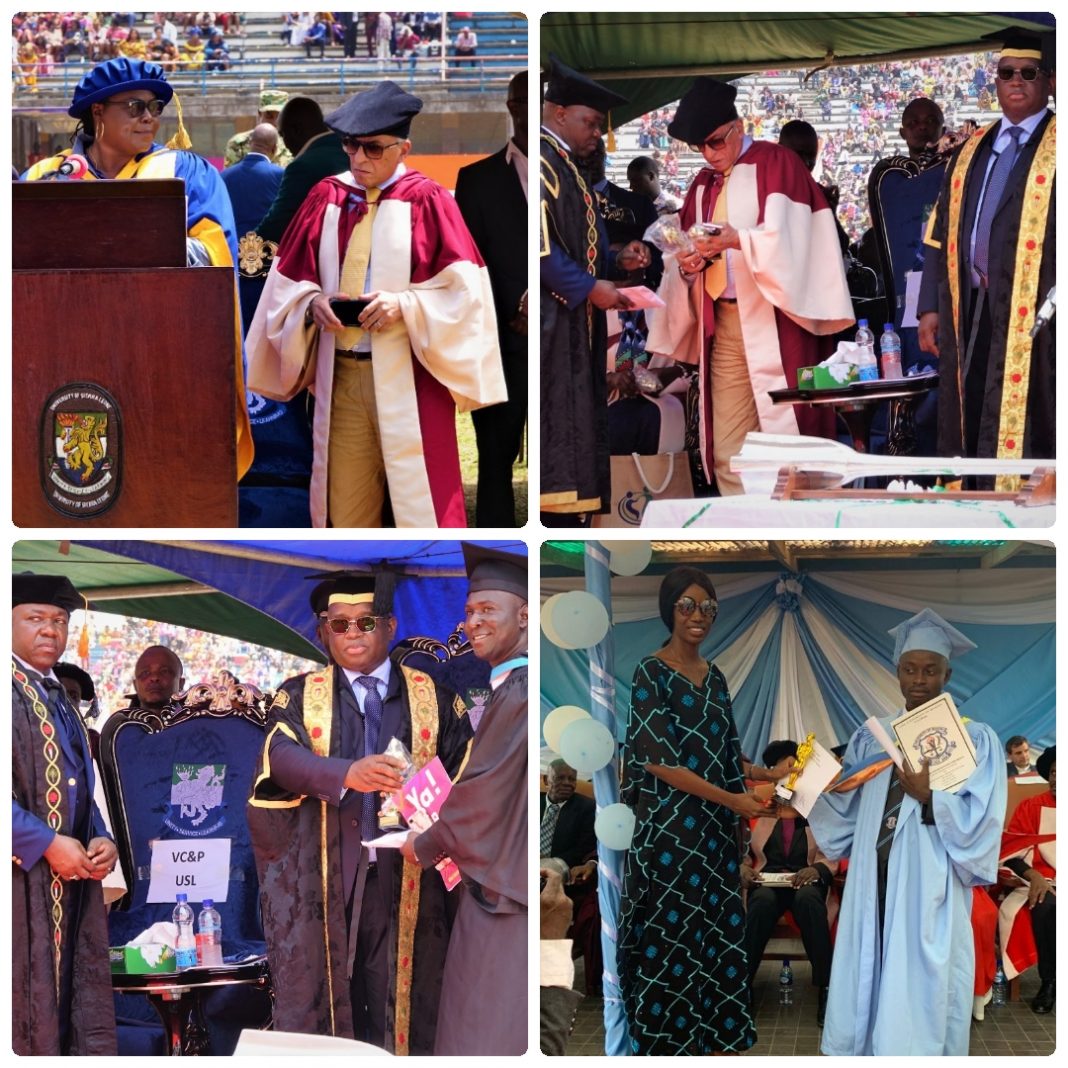 Dr. Adonis Abboud, Chairman of the Adonis Abboud Trust Fund (ATTF), on Saturday 22nd February, 2020, once more demonstrated his humanitarian and educational support to graduands at the National Stadium.

In his brief statement, he noted that without a healthy and well-educated citizenry, a nation cannot develop. Educational excellence, he said, is the path to growth and economic prosperity.

Dr. Abboud presented the awards alongside with the President of the Republic of Sierra Leone, Julius Maada Bio and the Vice Chancellor of the University of Sierra Leone to the Best Male and Best Female graduates in several faculties.

The Vice-Chancellor, in his address, appreciated and referenced Dr. Abboud for his relentless support to the University of Sierra Leone, spanning more than three decades.

At the same time, on the other side of the country in Makeni, UNIMAK Conferment Ceremony was taking place. Senior Project Coordinator and ATTF representative, Hawah Bah, presented the awards and cash prizes to the best male and female graduates. From UNIMAK, Miss Hassanatu Sheriff and Mohamed O. Bangura were the beneficiaries for the Academic Year 2019/2020.

Dr. Adonis recognized the Vice Chancellor of the University of Makeni, Joseph Turay, who he said would be remembered for his tradition to start the recognition of best graduates as it took off for the first time 5 years ago in UNIMAK.

On behalf of the Vice Chancellor, Professor Joseph Turay, and the entire staff of UNIMAK, the Mass Communication Department thanked Dr. Adonis Abboud and his organization for the support and presentation of awards to outstanding students every year.

This is the third congregation ceremony in 3 weeks in which the ATTF is making similar donations covering 5 universities and 9 award recipients, including more recently, the Faculty of Architecture at Fourah Bay College, which received 10 Laptops. The Adonis Abboud Trust Fund will continue to provide support to schools and universities in Sierra Leone to help enhance the educational sector and contribute to the development of the nation.

It could be recalled that on Saturday 22nd February, 2020, the University of Sierra Leone congregation, faculty, students and their families gathered at the National Stadium in Freetown to celebrate the conferment of degrees.

The ceremony was presided over by His Excellency, President Julius Maada Bio. In his address to this year’s Class of 2020, President Bio encouraged graduates to become entrepreneurs with home-grown solutions. He emphasized that for entrepreneurship to thrive he had always stated that the government must create a conducive entrepreneurial ecosystem. President Bio further stated that this year’s congregation, which had as its theme: “Education toward Entrepreneurship,” especially resonated with his vision for the future of the country. 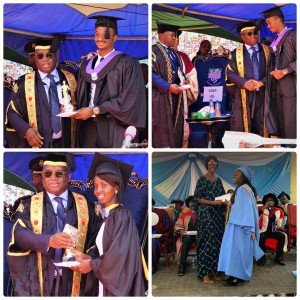