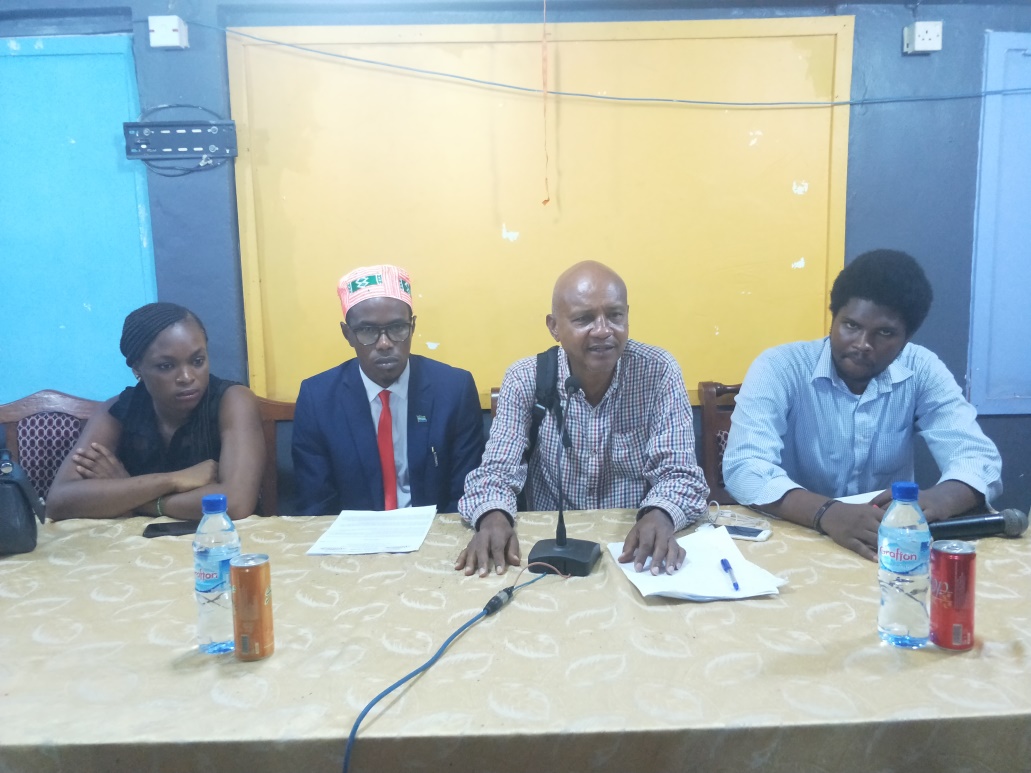 The National Fullah Youth Liberation Movement (NFYLM), a social and advocacy group formed in June 2019 for the general welfare of all Fullahs in Sierra Leone, on Monday 25th November 2019 gave a 21 day ultimatum to the Acting Fullah Chief (Tribal Headman) of the Western Area, Chief Alhaji Mohamed Sajor Jalloh, for what they consider to be the unconstitutional appointments of Chernor Issa Jalloh and Chernor Pottal Bah as National and Western Area Fullah Youth Leaders 1 & 2, which according to them, does not resonate with modern day democratic best practices. This stance was disclosed during a Press Conference held at SLAJ headquarters on Campbell Street in Freetown.

The Chairman and Leader of the National Fullah Youth Liberation Movement, Silvin Bah, stated that the Movement was borne out of the dissatisfaction over the appointments of the National and Western Area Fullah Youth Leaders 1 & 2 by the Acting Fullah Chief on the 4th June 2019. He claimed that the appointees do not represent the interests of the majority of Fullah youths in Sierra Leone, adding that the movement comprises of various Fullah Youth Groups across Sierra Leone, representing various districts, with the mind-set of calling the necessary authorities to do the needful and allow democracy to reign.

He disclosed that on 4th June, 2019, the current Acting Fullah Tribal Headman, Mohamed Sajor Jalloh, appointed Chernor Issa Jalloh and Chernor Pottal Bah, an act which they condemn as not resonating with modern democratic best practices, which allows people to choose their leaders.

He noted that since the appointments of the duo, the NFYL has been in constant negotiation with the Fullah Tribal Headman, who pleaded that the authority of the two appointees are being restricted to a particular geographical range. They said it was also agreed in one of their meetings that the Chief will declare the National Youth Leader position vacant, so as to allow due process to be followed.

He, however, pointed out that the NFYL and the selected Mediation Team, which was set up to serve as an intermediary between the NFYL and the Acting Western Area Tribal Head, on countless occasions met, but their meetings yielded no fruitful dividends.

Against this backdrop, the National Fullah Youth Liberation Movement said they wish to register the following positions:

“We would like you all to note that we have resolved to explore all means within the law, if our positions are not met within 21 days,” the organization gave an ultimatum.