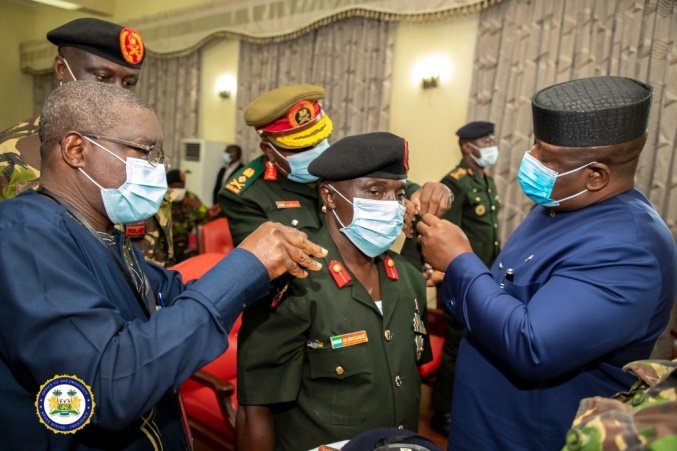 President Bio, in a brief statement, congratulated the new Generals, saying that they had worked very hard to be promoted to the new rank, stating that it also means that they have additional tasks with huge expectations.

The President expressed hope that they would rise up to the occasion and serve the RSLAF and the people of Sierra Leone to the best of their abilities.

Brigadier-General Albert Sylvester Bockarie, who spoke on behalf his colleagues, registered their thanks and appreciation while recognizing their well-deserved promotion in the military hierarchy.  He also thanked His Excellency the President for his wisdom and dynamic leadership exercised upon the RSLAF and assured that they would work to meet the expectations of the Force, the Government and the People of Sierra Leone within the framework of their constitutional mandates.