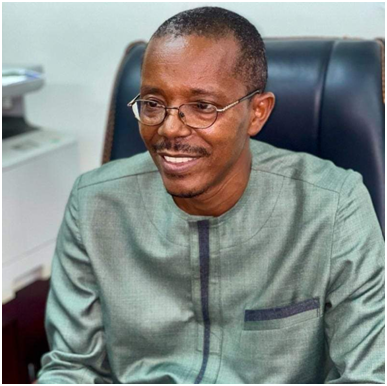 In a Press Release by the World Bank dated 2nd June, 2022 it was revealed that a $41.1 million International Development Association (IDA) grant has been approved to support the establishment of an efficient and accessible land administration system in Sierra Leone.

Further stated was that the project will help strengthen the country’s legal and institutional framework in the sector by financing the implementation of the core aspects of the 2015 National Land Policy, including the registration of customary and freehold land tenure.

It was underscored that the Sierra Leone Land Administration Project is aligned with the Government’s Gender Equality and Women’s Empowerment Policy (2020), which identifies lack of access and ownership of land for women as a key issue.

According to Abdu Muwonge, the World Bank Country Manager for Sierra Leone: “We believe that the project’s support for an efficient and accessible land administration system will have a transformative impact on the economy and society as a whole as well as positive impacts on agriculture productivity, urban development, own source revenue generation and gender equality.”

He continued by stating: “The World Bank is therefore pleased to support the Sierra Leone Land Administration Project because effective and efficient land management systems reduce the risk of conflicts and offer opportunities for investments, which is critical for Sierra Leone’s economic development and poverty reduction.”

The World Bank states that its assessments revealed that only a tiny percentage of land in the rural and urban areas are mapped and recorded while institutional arrangements are opaque.

It was further maintained that the country’s legal framework for the land sector is not aligned with new technologies or principles of modern land administration and does not address women’s land ownership or land use rights adequately.

According to the World Bank, the project seeks to ensure equal tenure rights and access to land for women and girls by addressing the outdated legal framework thereby closing identified legal gaps, updating and harmonizing the legal framework for the land administration sector.

On the part of Linus Pott, the Land Administration Specialist and Task Team Leader at the World Bank:

“As the first major investment in Sierra Leone’s land administration system since independence, we are particularly excited that the project was prepared in close collaboration with the Government and civil society, based on the globally agreed upon principles of the Voluntary Guidelines for the Responsible Governance of Tenure of Land, Fisheries and Forests (VGGT)”.

Based on specifications the project will support legal reforms, awareness raising on land sector reforms, and significant capacity building for land administration functions.

Also, it will support the establishment of appropriate ICT infrastructure, business processes re-engineering, development of a modern Land Information System (LIS) for automation of land administration processes, digitization of paper archives, containing deeds and cadastral maps, and providing base maps and a geodetic network.

The World Bank stated that the support to the land administration system will enable the registration of customary and freehold land to strengthen tenure security.

It was also mentioned that the project was prepared in close coordination with the Food and Agriculture Organization (FAO) of the United Nations who has supported the implementation of the VGGT in Sierra Leone.