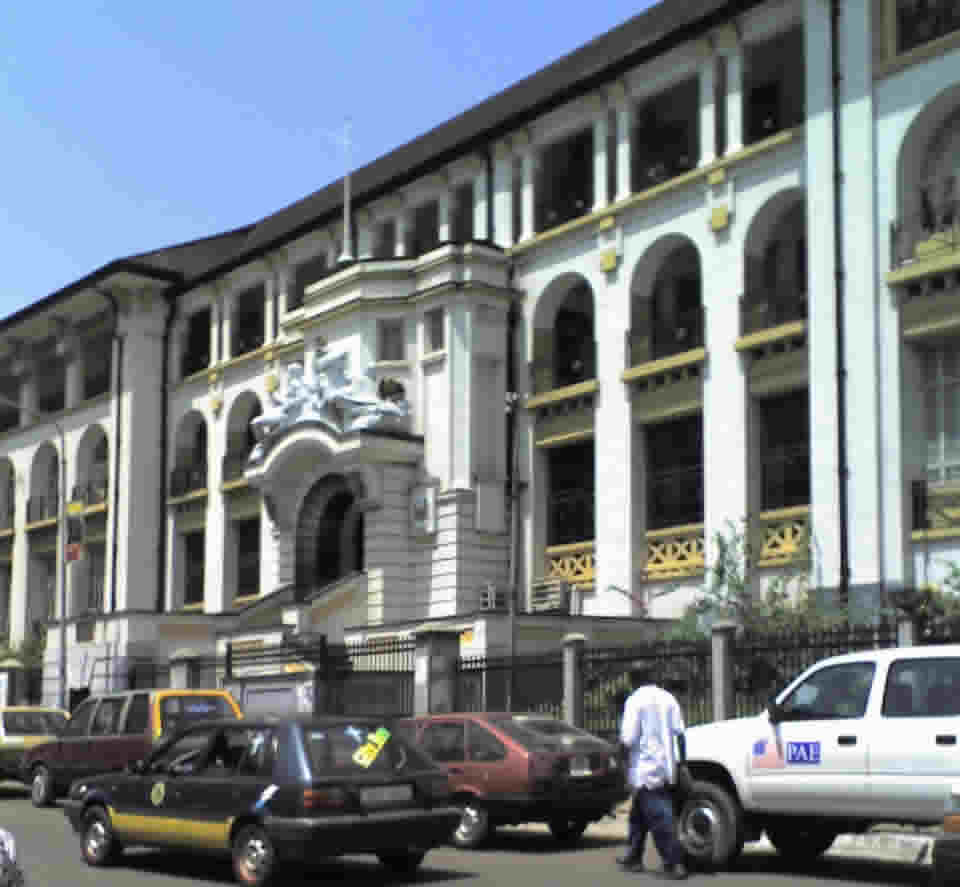 The Editor of Sierra Express Media, Ibrahim Alusine Kamara, and four other journalists including the Executive Editor of Standard Times and CEO of Star TV, Philip Neville, General Editor, Mustapha Sesay, Copy Editor, Clifford Kabia of Standard Times Newspaper and Managing Editor of Future Newspaper, Moisa Keikura, will today, Monday, May 6th, 2019, appear at the Pademba Road Magistrate Court for alleged defamatory publications made against one Gabriel Tommy, the head of the Criminal Investigations Department (CID).
According to the Statement of Offence as stated in the criminal summon, the above journalists on diverse dates conspired with other persons unknown to injure by wrongful acts otherwise than by fraud contrary to law, knowingly published defamatory libel contrary to section 26 of the Public Order Act No. 46 of 1965, defamatory libel contrary to section 27 of the Public Order Act no. 46 of 1965 among others charges.
One of the Particulars of Offence states that Moisa Keikura and Ibrahim Alusine Kamara on the 16th of April, 2019 in Volume 8 No. 59 of the Future Newspaper maliciously published a defamatory matter against complainant in written words to wit: ‘’ In US$ 500, 000 Theft Fraud Case… CID BOSS ALLEGEDLY COMPROMISED’’.
Below is the alleged defamatory article which was first published by Sierra Express Media and later published on Future Newspaper for which a court action has been taken by complainant:
‘’In US$ 500,000Theft & Passport Fraud Cases…
CID BOSS ALLEGEDLY COMPROMISED
By Ibrahim Alusine Kamara
The head of the Criminal Investigations Department (CID) in Sierra Leone, Supt. Gabriel Tommy, is accused of being compromised by one Randa Skeiky, a suspect in a US$ 500,000 theft and Passport Fraud cases which the CID has been investigating for the past seven months.
The theft case, according to investigation mounted by this medium, was reported to the CID Boss in early September, 2018 by the complainant, Alie Abess, but till date, the Criminal Investigations Department (CID) has done little or nothing to give justice to whom it dues.
Our investigations further reveal that Gabriel Tommy on the 13th of September, 2018, allegedly authorized the escape of the accused (Randa Skeiky) from the country after the complainant had informed him that she was at the airport trying to flee the country.
Reports state that a search was conducted on the accused and about seventeen thousand dollars, three thousand pounds and a ring made with gold and diamond worth over ten to fifteen thousand dollars were discovered but Police files at the Lungi International Airport only recorded the sums of five thousand dollars, two thousand pounds and the ring respectively.
The CID Boss, rather than acting on the complainant’s allegation, which already had gained some significant grounds as a result of the discoveries made during the police search on the suspect by preventing her from leaving the country, instead gave instructions to the police at the Lungi Airport to allow her leave.
His decision to allow the suspect to leave even after the said seventeen thousand dollars and three thousand pounds discoveries were made during the search carried out on the suspect; an amount which by law, is not permitted to travel with, has now raised serious eyebrows from members of the public who now see such the CID Boss’ action as one driven by ulterior motive.
Upon the accused’s return, our investigation revealed , the CID Boss was informed by the complainant for action to be taken but he gave deaf ears to the information on the excuse that there was no airport manifest to substantiate the coming of the accused in the country. The complainant, our investigation further revealed, had to go all out to get the airport and airline manifests just so that the CID would take action.
When the accused was finally arrested, investigation furthered, the CID Boss on three separate occasions, released her unconditionally. As this medium puts this piece together, the accused, Randa Skeiky, is walking free on the streets of the country galvanizing support from political authorities to protect her from facing justice for her crime.
This medium also learnt that because the suspect was allowed to travel out of the country, she was able to galvanize enough support which she had used in coming up with a fabricated audio recording purported to have been sent to her by the complainant.
The CID Boss, instead of investigating the authenticity of the audio recording, as professionalism demands, has taken it as truth hook, line and sinker which he is now using as a yardstick to deny justice to whom it rightfully belongs.
It was further understood that even the passport fraud case was only picked up when the matter was sent for advice.
Many Sierra Leoneans are now questioning the integrity and proffesionalism of the CID Boss, who many believe, is now doing everything possible to protect the suspect from facing justice for her crimes.
When this medium contacted Gabriel Tommy for his response to the above allegations, he sent the following message: ‘’Thanks IB, but no comment. Abess is exposed to several remedies to address his grievance: the ACC, Ombudsman, CDIID, Human Rights, IPCB, The courts, Legal Aid etc. etc. However, in case he did not know, you can advise him, thanks. ‘’
With such response coming from him, many citizens now believe that the CID Boss has being compromised.