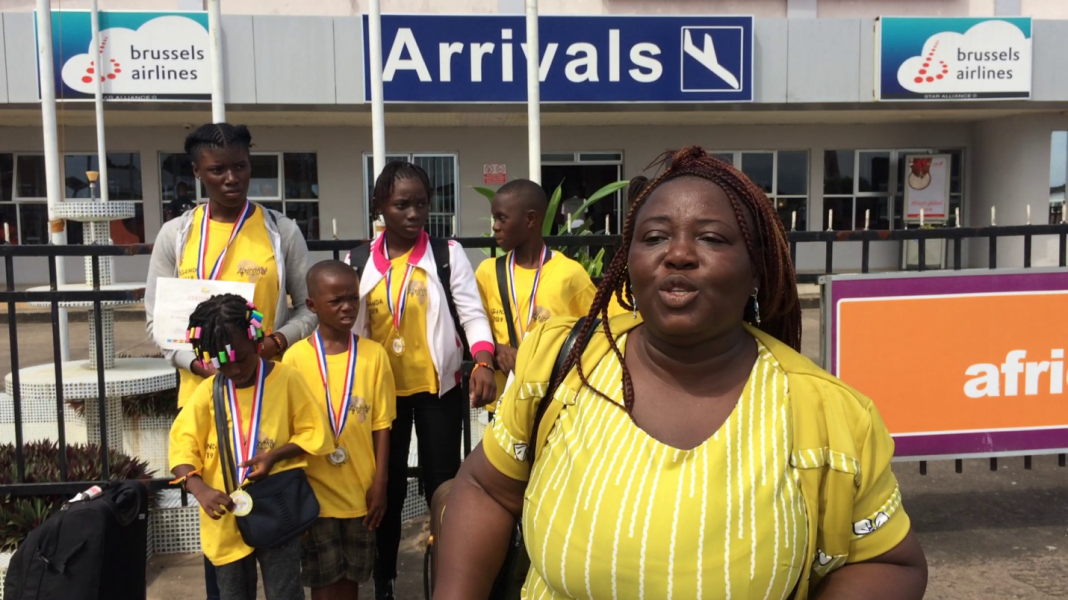 Speaking to AYV on arrival at the Freetown International Airport, the Coordinator of Initiative for Capacity Building (ICPAB) that organizes annual spelling bees in Sierra Leone, Mrs. Isata Harding explained that the encounter was hotly contested with a total of sixteen African countries participating.

She said the Sierra Leone Team comprising of the youngest participants in the senior category made it to the elimination and came fourth. “To me, it’s very encouraging considering the fact that this is their first time to participate in such a huge international event”, said Isata.

On arrival, each of them explained to AYV that they were happy for the opportunity to contest in one of biggest clashes of brains in Africa, adding that they were looking forward to participating in other spelling bees in Africa and elsewhere in the world and that henceforth, they were more than determined to study harder in order to become capable to win trophies for Sierra Leone.

They received medals and certificates presented to them by the organizers of the Spelling Bee in Uganda.