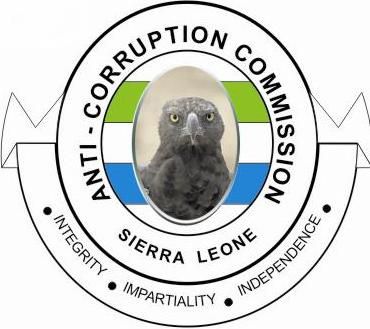 The High Court of Sierra Leone, presided over by The Honourable, Justice Bintu Alhadi on Tuesday 12 th November, 2019, convicted Adele Faya, former Account Clerk of the Judiciary of Sierra Leone, Isatu Ulaikatu Kiamp Kamara and Abu Bakarr Bangura , both former Revenue Officers of the National Revenue Authority on two counts of Conspiracy to Commit a Corruption Offence, Contrary to Section 128(1) and Misappropriation of Public Revenue, Contrary to Section 36(1), of the Anti-Corruption Act, No 12 of 2008.

The Court ordered the three convicts to pay the fines and restitutions on or before 11th December, 2019 or serve a jail term of three years.
It could be recalled that the three between the 12th and 20th March, 2019, at Freetown, misappropriated the sum of Sixty Million Leones (Le 60,000,000), being revenue due the National Revenue Authority as fines paid by Mr. Emmanuel Ekundayo Constant Shears-Moses  in respect of sentence in the High Court of Sierra Leone.
Meanwhile, the first accused in the same matter, Stephen Yayah Mansaray, former Master and Registrar of the High Court of Sierra Leone was acquitted and discharged on both counts. He is however still standing trial on a separate indictment for various corruption offences.

In this regard, the Commission is advising all public officers who are in control of public resources to comply with laid down laws and procedures in the handling and disbursement of same.
The Anti-Corruption Commission was represented by Lawyers Victor T. Biandorma and Mohamed Sow, whilst the defendants were represented by Sahid Sesay for the 1st accused, J.B Dauda for the 2nd accused, E.T Koroma for the 3rd accused and F.K Gerber for the 4th accused.