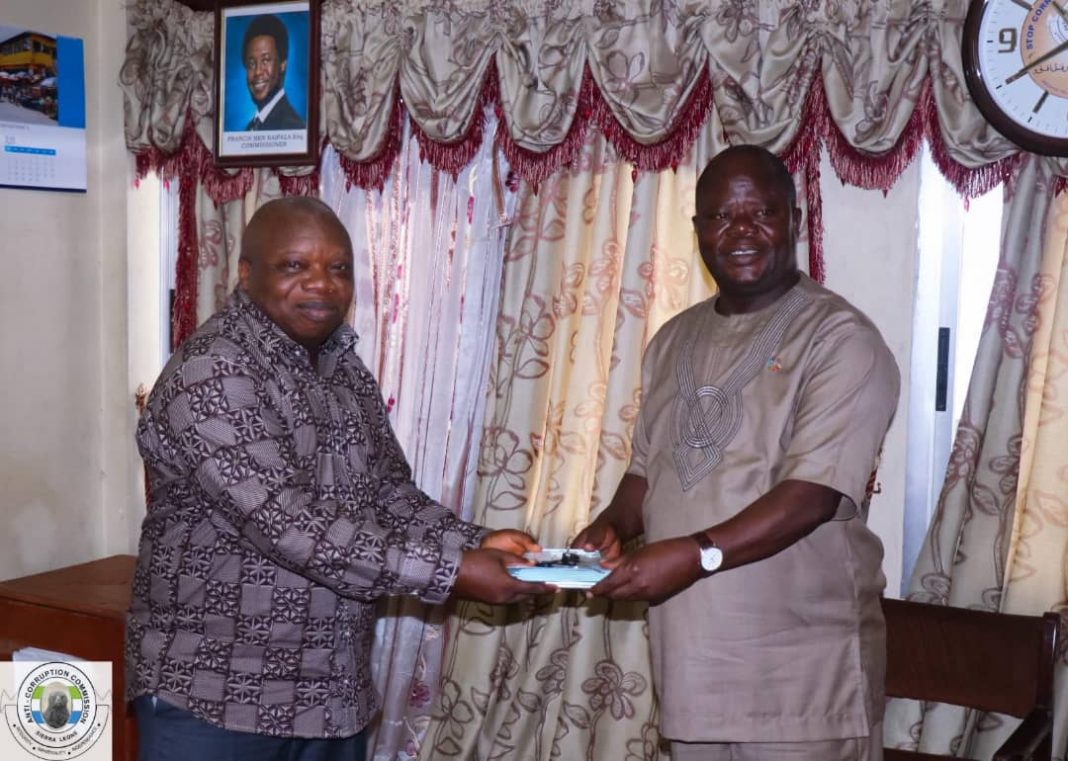 On Friday 3rd April 2020, the Anti-Corruption Commission (ACC) o received one (1) vehicle and seven (7) motorbikes from the World Bank through the National Commission for Social Action (NaCSA) in a bid to support the Grievance Redress Mechanism (GRM) component of the Social Safety Net (SSN) Project, which ACC is handling.

The Deputy Commissioner (DC) of ACC, Augustine Foday-Ngobie while welcoming the World Bank and NaCSA teams at a symbolic handing over ceremony in the Conference Room of the ACC said the donation could not have come at a better time, as the Commission is in dire need of a fleet. He assured the donors that the fleet will be dispatched to various ACC offices in the regions to enhance the work of the Commission. DC Ngobie concluded by adding that the ACC’s policy for fleet management is such that it does not leave room for abuse, adding that they will use the donation for the intended purpose.

Dr. Abu Kargbo, Social Protection Specialist at the World Bank Country Office,  said the Bank is pleased to work with NaCSA and the ACC, and that the donation was made to support the work of the Commission. He added that the World Bank will continue to render its support to the ACC in order to achieve their goal of combating corruption in the country.

The Commissioner of NACSA, Mr. Abu Kokofele, thanked the ACC for their effective handling of the GRM. He said working with the Commission since the SSN Project commenced has yielded many results and therefore, the donation was a way of showing their gratitude to the Commission. He assured all present that the relationship between the three institutions will continue to expand.

DC Ngobie on behalf of the ACC received the keys of the fleet which he later handed over to the Director of Administration, Madam Koloneh Sankoh, who supervises the Transport Office at the Commission.

The SSN project, which is supported by the World Bank and UNICEF, provides direct cash transfers to extremely impoverished households in the country. The project is being implemented by NaCSA, whilst the ACC handles the GRM component which aims at maintaining transparency and accountability in the project. It also provides channels for beneficiaries to report all grievances arising from the administration and management of the project.