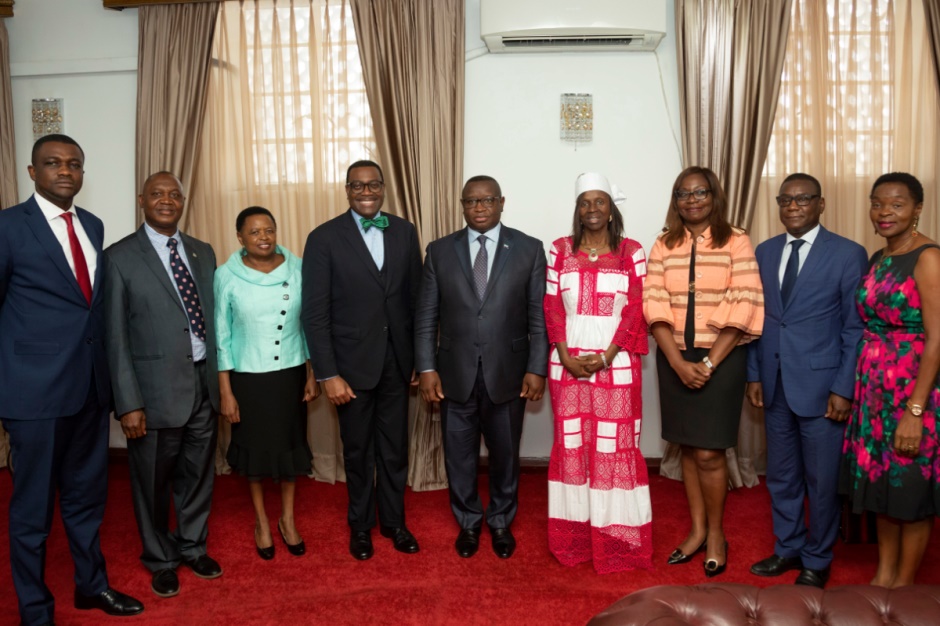 Sierra Leone is working to reinvigorate agribusiness development with a focus on rice production and is depending on the African Development Bank (AfDB) to achieve it.During a two-day visit in Sierra Leone Akinwumi Adesina, President of the AfDB, held meetings to discuss curbing malnutrition, creating skills and jobs for young people, scaling up economic diversification and restoring the country to self-sufficiency in rice production.

“Our Government is working hard to recover the economy, which was on the brink of collapse,” said Maada Bio, President of Sierra Leone. “We want to focus on economic diversification, with agriculture as the main driver. We are serious about developing this country and will appreciate the bank’s support to realize our dreams. Infrastructure is an enabler for development, so we appreciate what the Bank is doing in Sierra Leone.”

According to the Ministry of Agriculture and Forestry data, total rice demand in 2018 was 1.6 million tonnes, against local production of 700,000 tonnes. In July 2019, AfDB approved the $11 million Agribusiness and Rice Value Chain Support Project to stimulate agribusiness development in the country with a focus on rice.

“Sierra Leone should not be spending over $200 million yearly importing rice because its climatic conditions are generally favourable for rice production,” Adesina said.

AfDB also expressed interest to support the development of critical infrastructure in the West African country and to open space for greater private sector participation in the economy. Adesina said AfDB would deploy the African Legal Support Facility to help the country better manage its natural resources.

Adesina commended President Bio for his decision to join the African Leaders for Nutrition as a nutrition champion in his country, and for Africa. “Sierra Leone is an important country to the Bank,” Adesina said. “We will support you to build a more robust and resilient economy, to transform the lives of your people. That is our role as a bank, putting people at the heart of development.”