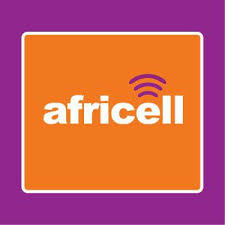 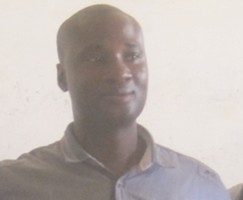 In an exclusive interview with this writer on Monday 18th March 2019, the Executive Director of the Civil Rights Coalition, Alphonso Manley said that the good work of Africell across the country, as monitored by his organization, is enough reason for commendation.
As a Civil Society Organization it is part of their duty to monitor the activities of Telecommunications Companies and how they impact on the populace.
In his view, based on investigations carried out through discussions with various sectors of society, Africell has done extremely well in providing services to the people and is leading in its Corporate Social Responsibility.
He disclosed further that his institution has been engaged in the sensitization drive about the importance of sim card registration, data protection, cyber security also mindful of 1 G fraud etc.
“During our engagements we discovered that there were lots of commendations from the public about the operations of Africell,” Manley intimated adding how citizens rated Africell as the best among the rest.
According to him they maintained that the telecommunications giant has lived up to expectations in providing relevant services to various sectors at cheaper costs.
The Executive Director also noted that the provision of internet service, especially to students and school going pupils is exemplary.
“The internet is a conduit to conduct research by students and during our interactions with students we learnt that the bulk of the student population in the country are using Africell’s service to do research for their academic work and it is paying dividends,” he assured.
He stated how students praised the company for providing the service at reasonable and affordable costs.
Alphonso Manley argued that the internet is fast and the charges for data are cheaper and that enhances the academic performance of the students.
Africell, he said, has contributed to the development of the entertainment industry, which is mainly made up of young people. He noted that the company has the highest signing of young Sierra Leonean artists as its Brand Ambassadors, thereby empowering their businesses and developing their talents.
Alphonso Manley further explained that their findings revealed that Africell has empowered many Sierra Leoneans financially through its promotions, the latest being the ‘Keke’ promotion, where several Sierra Leoneans across the country won brand new Kekes and are gainfully employed with them.
It has created more millionaires, he maintained, in the country than any other mobile company. Africell, he underscored, is deeply involved in sponsorship of the Premier League, which is on-going in the country. It is supporting various football clubs across the country.
As part of its Corporate Social Responsibility, Africell is ranked the best among the others. It is giving back part of its profit to institutions by way of renovating schools, providing learning materials etc. This, in his view, is what is required from any investor in the country.
The Executive Director, however, admonished Africell to continue with the good work. He praised the company for providing jobs for the youths and improving communities, like the ‘Palampo’ project in Wilberforce. It is the only company funding that project. Africell empowers radio stations, a typical example being the 98.1 radio station.
It is sponsored by Africell as well as other radio stations across the country. These contributions of the company strengthen those institutions and make them viable. Africell, he stressed, deserves to be praised for its good work. He said as a Civil Society Organisation, they will commend when it is necessary to do so and by so doing, they hope to encourage them to do more.