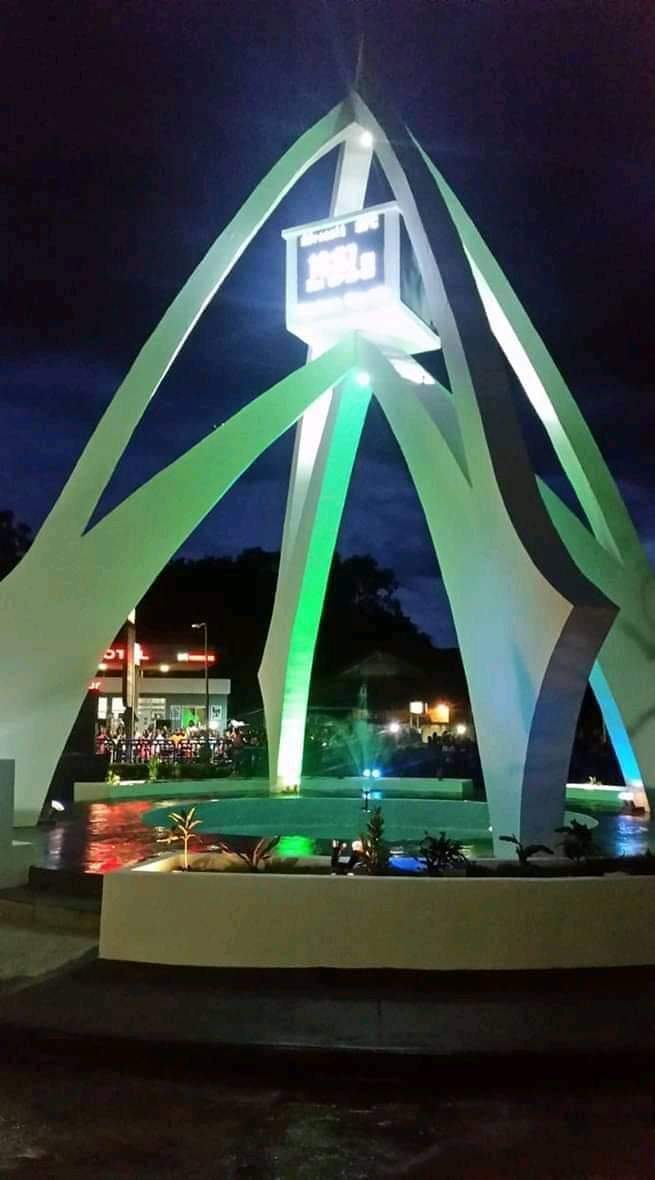 During an impressive ceremony on Sunday 4th October 2020 Africell Mobile Company made a landmark gesture to the people of Kenema District by commissioning a modernized digital clock tower.

Shadi Gerjawi, Managing Director of Africell said when Africell came to Sierra Leone in 2009, they committed to support Sierra Leoneans through jobs creation adding that the Management of Africell has not only created job opportunities for Sierra Leoneans but has also helped  in supporting  development activities in the country.

“We have been committed to our Corporate Social Responsibility,” he disclosed furthering how they have lived up to their commitment and the digital clock tower is a testament of their commitment to the people of Sierra Leone. He went on to say that they are currently working on adding seventy five more new sites, revealing that these new sites will help to expand on band width for internet connectivity.

He thanked the Minister of Information and Communications and the telecoms regulatory agency for their fortitude in ensuring the expansion of networks to remote areas in the country. He disclosed that few months ago, Africell decided to build a modern clock tower for the people of Kenema.

“The work was projected for three months,” he said, adding that the work was greatly affected by the inter-district lockdown that was instituted by Government as measures to fight against the deadly corona virus in the country.

He went on to say that as a result of their dynamic leadership at Africell, they were able to complete the work as promised.

In his statement, Chief Minister, Professor David John Francis, who doubles as the Chairman of the commissioning of the State of the art Maada Bio Clock Tower said the construction of the Clock Tower wouldn’t have been possible without the blessing of Her Excellency Mrs. Fatima Bio’s intervention to solicit support from the Management of Africell Telecommunications Company. He thanked Africell for their kind gesture in supporting the people of Kenema District.

First Lady Madam Fatima Maada Bio said, Africell is a company that has Sierra Leone at heart. She lauded the Managing Director of Africell, Shadi for the tremendous work they are doing in Sierra Leone. She extolled Africell for its support towards the Hands Off Our Girls campaign that was launched throughout the country. She said that Shadi is a good and honest man who is passionate about development. She described Kenema as a blessed city, adding that his husband, President Bio is grateful to the people of Kenema city.

In his speech, President Julius Maada Bio said Kenema is a city and the residents need basic amenities like other cities in the country. He maintained that there is massive road construction going on in the city of Kenema. He called on the people of Kenema to take full responsibility of the digital clock tower and thanked Africell for its relentless commitment towards the people of Sierra Leone and encouraged them to do more.

The event was climaxed with dancing and singing by residents of Kenema District, celebrating the country’s First Lady, Mrs. Fatima Bio for her unshakable stance in championing development in the township. 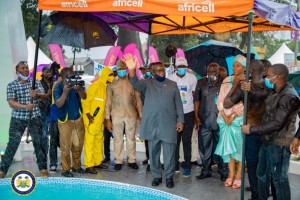 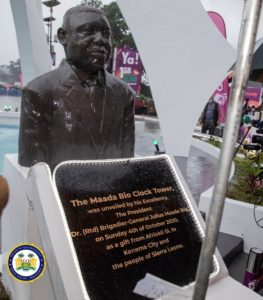