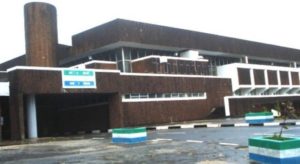 To the ears of the public, it is unbelievable that the country’s anti-graft institution, the ACC, has said that it will look deeper into the allegations made by Hon. Tawa Conteh that Parliament is corrupt. The Centre for Accountability and Rule of Law (CARL) and the entire nation welcome the news of a full-scale ACC investigation into alleged mismanagement of public funds by Members of Parliament wholeheartedly.

“It is about time that the fight against corruption was taken to our elected representatives in Parliament”, said Ibrahim Tommy, Executive Director for Centre for Accountability and Rule of Law, adding, “It is commendable that the ACC felt that it was not enough to investigate only the two officials who traded the accusations on public radio, but has chosen to look into the financial management practices of all MPs and the parliamentary administration”.

With both Hon. Ibrahim Tawa Conteh and Hon. Paran Tarawally who were summoned past Monday by the ACC to substantiate their allegations of corruption in the House having made statements to the ACC, CARL urges every person of interest in the ongoing investigation to cooperate fully with the Commission.

Previous efforts to hold MPs and the parliamentary administration accountable for public funds managed by them were either futile or stoutly resisted by the MPs.

Citizens note that, in spite of efforts by former President Koroma and the current Bio administration to fight against corruption, the virus is still endemic in all sectors of the economy, with many maintaining that until the three arms of government are held accountable, public trust in state institutions and public officials will continue to erode.