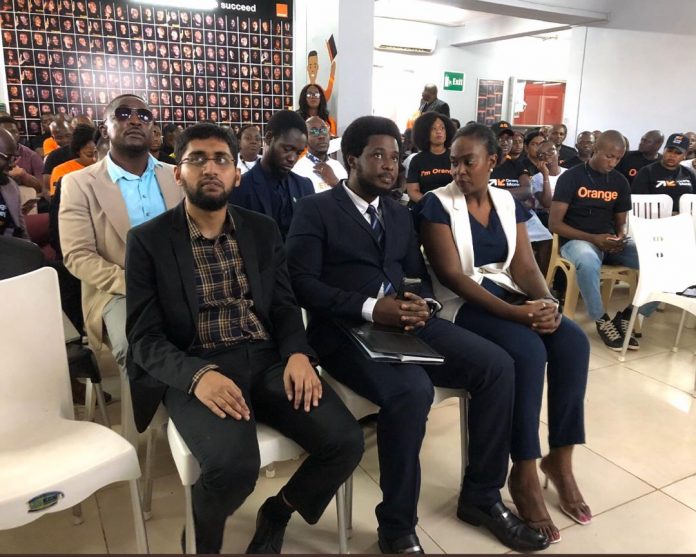 With the main objective of complementing Government’s efforts in the fight against corruption and raising awareness on ethics and compliance in the private sector one of Sierra Leone’s leading GSM mobile operators, Orange Sierra Leone, has on Wednesday 27th November, 2019 held its 7th Ethics and Compliance day on the theme: “The Management of Conflict of Interests and Whistle Blowing System Within Our Work Environment” at their headquarters on Hill Station in Freetown.

She added that as part of the celebration they will also raise consciousness on the related matter of fraud awareness, adding that as in a matter of corruption, they will have a role to play to create a climate in which any act of fraud will meet zero tolerance and that any instance of fraud will be identified and reported.

She said that as part of their message to show zero tolerance to fraud with everyone being a partner they would believe that- when you see something, you say something and it is against such a backdrop they are pushing to make sure that they focus on their processes as fraud is perpetrated where there is no processes or weak processes.

She stated that businesses all over the world continue to encounter numerous ethics and compliance challenges and are exposed to several risks, adding that there has been an increased pressure on businesses to strengthen their legal and compliance framework in line with international standards to fight corruption.

Underscoring their strengthen on ethics and compliance, she disclosed that Orange as a group has set up a code of ethics and anti-corruption policy adding that Orange is committed to conduct its activities in accordance with set principles and ethical behavior to fight corruption.

She added that Orange-SL therefore undertakes to comply with all national, European and International legal and regulatory provisions applicable to businesses related to fight against corruption, notably amongst others, the US Foreign Corrupt Practices Act, the UK Bribery Act, the French “Sapin 11” law.

She revealed that this year’s ethics and compliance day focuses on two prevention themes: “The Management of Conflict of Interests and Whistle Blowing System Within our Work Environment”.

She emphasized their commitment to the fight against corruption, influencing peddling and to lead a working environment with Zero Tolerance to corruption at all levels.

Anti-Corruption Commissioner, Francis Ben Kelfala, in his statement during the occasion expressed appreciation to Orange SL for such a move, adding that GSM Company is the first private sector that has invited him to give a talk on such  sensitive topics.

He maintained that as a Commission they are committed to the fight against corruption in the country furthering that institutions like Orange have their main goal to maximize profits but said in the aspect of achieving that they should not forget to do so within the confines of the laws of the land.

He spoke on the management of conflict of interests which he said in most cases employees are faced with within the process of executing their duties in their various positions, but encouraged them to ensure that they put their country fist while they should be also loyal to their institutions.

The Commissioner also revealed that they are working with key sectors in the fight against corruption saying ethics and compliance are very key and in that regard he applauded the staff of Orange for taking into consideration such key issues giving assurance of their support in developing a policy that will enable a fair equitable system that will promote transparency, accountability etc.

Head of Compliance  at Orange SL ,Gerald Cole, disclosed that the Ethics and Compliance Day is a key event for Orange in its work as a responsible operator, adding that the company is underlining its commitment to create the digital world of the future by building the trust of its stakeholders.