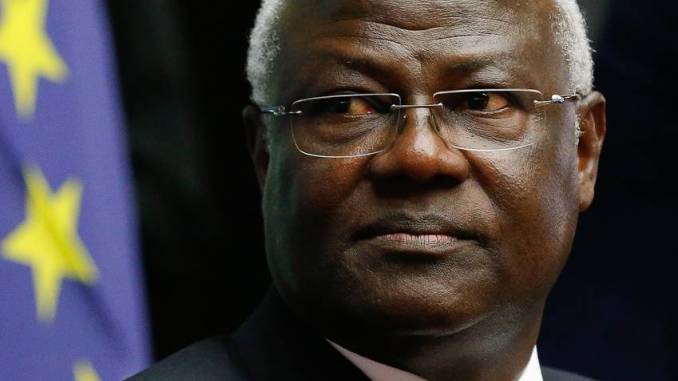 In an in depth investigation mounted by this Press it was learnt that statements were taken from 15 executive members of the All People’s Congress (APC) including former President Ernest Koroma. According to the Director of Crime Services, AIG Brima Jah, the Police are currently working to put together a report with regards a Press Release that was signed by the APC Secretary General.
“The report and the evidence will be sent to the law officers department,” Jah stated. “The CID will wait for legal advice and decide to take a line of action on the matter,” Jah continued. He disclosed that during an interview with former President at his residence in Makeni, the latter pointed out that the controversial Press Release was the APC’s position and that he does not have a different position.
The Director of Crimes Services, CID ,stated that former President Koroma said he was not supposed to be at the press conference held by his Party adding that the meeting could go on as long as the meeting makes a quorum without making any reference to him.
“Former President Koroma stated that he does not intend to do anything to undermine the peace and security of Sierra Leone,” Jah revealed adding how the interview with former President Koroma was to ascertain whether the former President was briefed, made any input or suggestions about the meeting when the press release was issued.
It must be realized that the Police questioning of the APC executive members relates to a Press Release issued by the party expressing dissatisfaction on the composition of the Commission of Inquiry set by the SLPP led Government. It is the view of the Police that the said Press Release has the tendency to threaten the peace and security of the State.