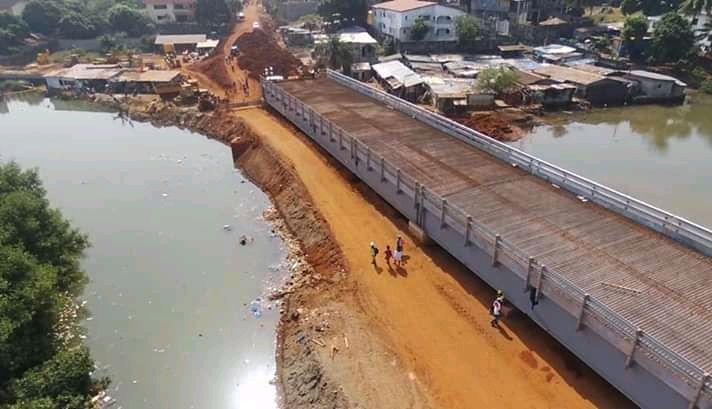 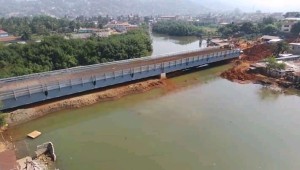 As another mark of infrastructural development in the country to ease traffic jams and travelling constraints it was welcome news to understand that within a short period of time the Atlantic-Juba bridge by-pass project will be completed and commissioned. A reputable local road construction company, Secon, won the bid, when it was advertised, to undertake the construction work of the by-pass bridge to link the Lumley community and Juba residents. The result-oriented Chief Executive Officer of Secon, Papah Chendeka, intimated this medium that the company is really on-top of situation to complete the construction work within record time furthering how they have modern and state of the art machinery or equipment in their possession which has made it possible for them to do qualitative work not only on the construction of the bridge but on other past and future projects.
It was understood that at the project site, drainages and culverts have been constructed from the Lumley Atlantic Road onto the point where the bridge stands, over a stretch of water.
One of the engineers disclosed to this medium that all major work on the bridge, standing on four solid heavy concrete foundation and a heavy steel carriageway with aluminium rails, to act as guard bars in order to ensure safety of users. He again revealed how Secon will complete and hand over the 1km stretch of road and bridge to Government on 30th April 2019.
According to him when the Secon bridge is finally completed there will be two bridges to link citizens from the city centre to the western area peninsula.
Most of the residents in that part of the country where the construction is ongoing expressed delight over the progress of the work informing that within a shortest period of time they will get relief as travelling will become very comfortable.