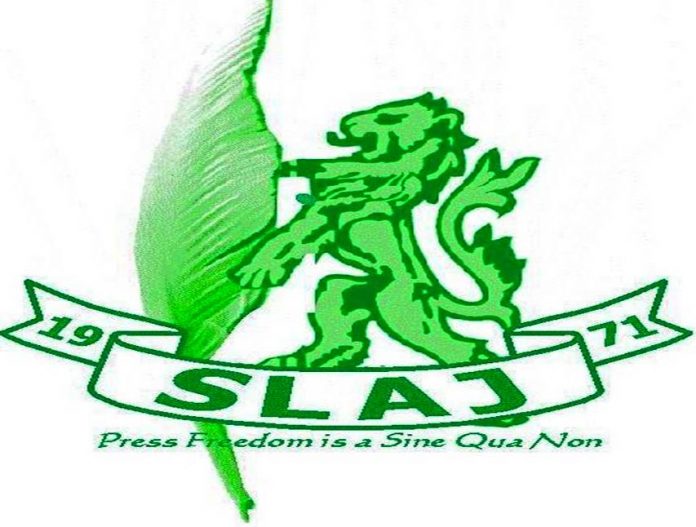 On the 18 January 2019, the Sierra Leone Association of Journalists (SLAJ) issued out a Press Release in which it was categorically stated that the Association is very concerned about the spate of violent attacks and deadly threats on journalists, mainly carried out by supporters of the All Peoples Congress (APC) party.

It furthered that on Wednesday, 16th January, 2019 journalists from the Africa Young Voices (AYV) Media Empire who were covering the interrogation by the CID of former President Ernest Bai Koroma, in his home town of Makeni, physically were assaulted and their equipment seized allegedly by APC supporters.

SLAJ recalled that in March last year, during the national run-off elections, several journalists were also physically assaulted by thugs believed to be acting on the orders of APC officials. One of the journalists, Ibrahim Samura of the New Age newspaper, eventually died; a death we strongly believe is related to the said assault.

It went on to underscore that the Association is gravely concerned about the ugly trend and the impunity that seems to be going with it. “We are further worried when we learnt about similar circumstances leading to the recent murder of Ghanaian investigative journalist, Ahmed Huscien Suale, whose death is being associated with a politician. May he R.I.P,” it pointed out.

SLAJ maintained that they therefore put the leadership of the APC party on notice, that they will hold them responsible for any harm done to ANY journalist and more importantly Umaru Fofanah whose life is being threatened.

“The leadership of the APC must now rein in its members and supporters and stop them from venting out their frustrations on harmless journalists who are busy doing their work,” it stated..

The Press Release also highlighted that all Politicians from the SLPP, and more so the APC, must work together towards de-escalating the political tension presently in the country forthwith saying politicians cannot continue to hold the people of this country to ransom because of their selfish political interests.

“This nonsense must stop. The APC cannot continue to treat journalists as enemies and physically attack them whenever they have an issue. The Police should not wait for another journalist to die before they take the necessary action. This impunity must end,” said SLAJ President Kelvin Lewis.

SLAJ is therefore calling on the Inspector General of Police, Richard Moigbe, to bring to book the APC officials and supporters who allegedly assaulted Ibrahim Samura, leading to his unfortunate death, and to speedily investigate the assault on AYV reporters and the source of Whatsapp voice note death threats against Umaru Fofanah.

The Association is also equally calling on the Government to continue to honour its promise, and stop arresting and detaining journalists at the CID, but rather it was recommended that it should send them to the Independent Media Commission for action.