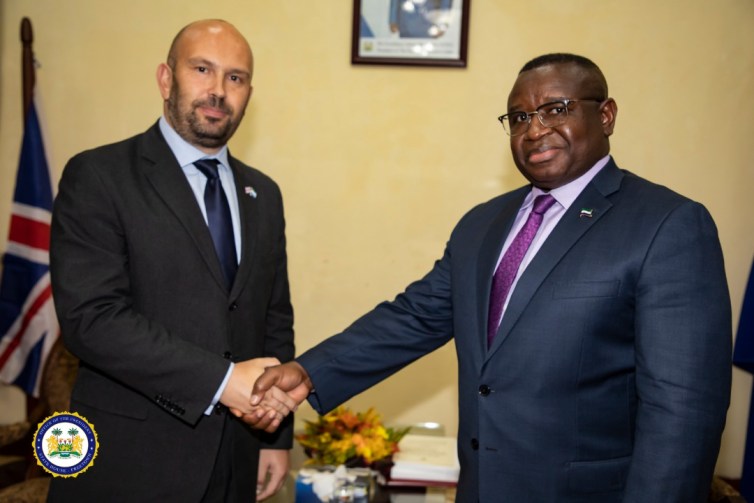 Ambassadors of Ireland, Russia, Saudi Arabia, Kingdom of Spain, Kingdom of Sweden and the High Commissioner of the United Kingdom have presented their letters of credence to His Excellency Dr Julius Maada Bio at State House.

In his presentation, the new UK High Commissioner said that Sierra Leone and the UK have had years of great partnership dating back several areas. He said that in the spirit of partnership the two countries had stayed together, adding that the UK was very proud of its relationship with the West African nation. He also assured of UK’s commitment to further strengthening that relationship for the benefit of both countries.