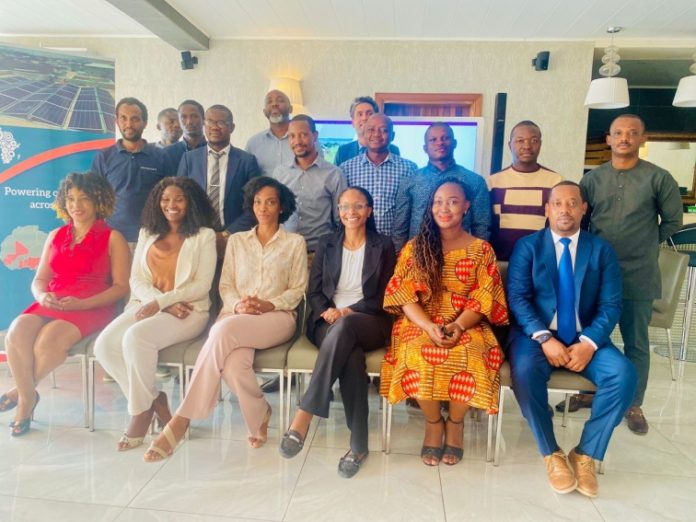 In order to promote the development of the mini-grid sector which will benefit rural communities in the country where 74% of Sierra Leoneans still lack access to electricity , the African Mini-grid Developers Association (AMDA) has on Thursday 7th April, 2022 officially launched its Sierra Leone country chapter aimed at bolstering its support for the country’s electrification efforts in the country.

The official launch was done at a well-attended ceremony held at the Hub Hotel on Wilberforce in Freetown.

It must be noted that the Sierra Leone Country Chapter adds to the growing list of AMDA country chapters. Having successfully launched chapters in Kenya, Tanzania, Nigeria and Zambia, AMDA is now expanding its operations in Sierra Leone in an effort to promote the development of the mini-grid sector for the benefit of rural communities in the country where 74% of Sierra Leoneans still lack access to electricity.

AMDA currently represents 3 members in Sierra Leone namely Energicity, PowerGen and Winch Energy which have connected so far 98 rural communities serving about 24,126 households, businesses, and schools with a total power supply of 2,472 MWh of electricity and with electricity supply to 54 community health centers.

“We are extremely delighted to launch the Sierra Leone chapter today. Sierra Leone is a market which has seen positive developments with regards to mini grids deployment and we look forward to supporting Sierra Leone’s efforts as well as enhancing collaboration to ensure effective and implementable regulations, accountable governance and donor coordination, so as to deliver access to affordable, reliable, sustainable and modern energy for all Sierra Leoneans thus advancing the Sustainable Development Goals (SDG 7).” AMDA’s Policy Lead, Pacifique  Niyonkuru stated during the launch .

In his remarks at the launching ceremony, Ing. Benjamin Kamara, Chief Director of Energy, at the Ministry of Energy, stated, “Access to energy has long been seen as a key lever for unlocking and consolidating socio-economic growth and sustainable development. The Government of Sierra Leone shares this belief and is working with private companies and the donor community to accelerate the country’s electrification and the development of key infrastructure.”

“AMDA is an industry association created by private sector mini grid developers and operators, donors and investors seeking to improve market conditions for mini grid companies. This includes working to improve policy, regulation and investment towards ending energy poverty by 2030 as part of the Sustainable Development Goals. Today, AMDA represents over 30 companies, who are operating mini grids across 12 countries.