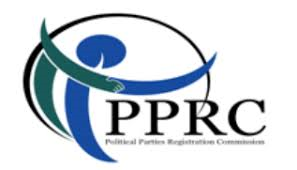 The leadership of the All Peoples Congress (APC) Party, the National Grand Coalition (NGC), and the Sierra Leones Peoples Party (SLPP) on the 26th February 2019 signed a Memorandum Of Understanding with elections stakeholders (the National Electoral Commission (NEC), the Sierra Leone Police (SLP) & the Office of National Security (ONS) ahead of the re-run of the bye-election in Ward 196, Tonko-Limba Chiefdom in the Kambia District.

This decision came following the impasse between the APC and the SLPP that led to the cancellation of the elections by NEC on the 29th September 2018 and the announcement of a re-run scheduled for 9th March 2019.

The parties and the election stakeholders witnessed by the Political Parties Registration Commission (PPRC) subscribed to the following:

1. That we shall individually, collectively and actively promote tolerance and condemn any act of violence and intimidation by our supporters before, during and after the polling day;
2. That we commit to respect the will of the people and to accept the result of the election and further, to graciously concede defeat provided the elections are transparent, free and fair;
3. That in the event of just cause to reject the result of the election, we shall use due process to register our complaints and shall resort to peaceful and legal means to redress our grievances;
4. That all political actors, party stalwarts and non-accredited individuals who are not ordinarily resident nor eligible to vote in Ward 196 must not be seen within the precinct of the Polling Centers;
5. That our political stalwarts who are not assigned to polling centers shall not invade the polling centers, obstruct or disrupt the electoral process;
6. That our leaders, candidates, members, and supporters shall refrain from wearing campaign or political colors on polling day;
7. That our supporters (voters) shall retire to their homes peacefully after casting their votes;
8. That we shall continue to uphold all the commitments in the Codes of Conduct for Political Party Candidates and Supporters.

1. That staff members of NEC shall create a conducive environment and a level playing field for all contesting parties;
2. That staff members of NEC shall display high-level of professionalism in the discharge of their duties in line with Sections 32 & 33 of the 1991 Constitution of Sierra Leone and the Public Elections Act of 2012;
3. That NEC shall preside over the conduct of the election without any interference or undue influence from election observers, political party stalwarts or party agents.