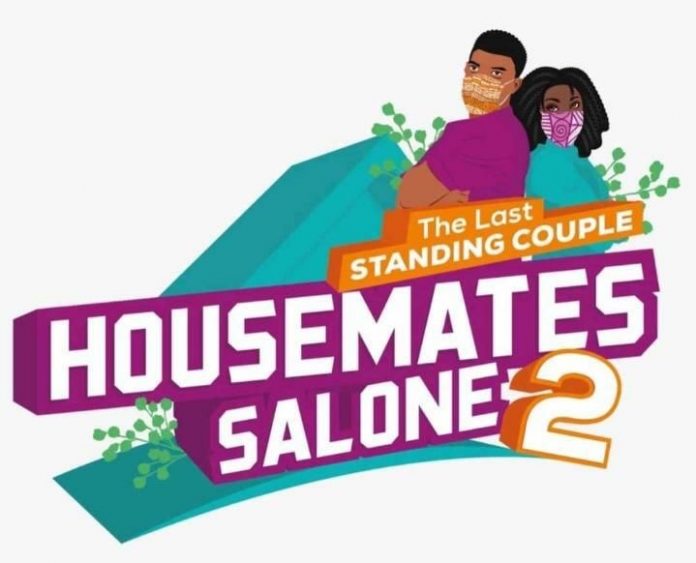 Currently, application forms for Housemates Salone are going like hot cakes on the market at the price of One Hundred and Fifty Thousand Leones (Le150, 000) and could be paid for via Afrimoney after which transaction IDs will be issued to the purchaser in order to access the forms. As a matter of fact, it is highly advisable for those who have plans to secure forms to do so now, as time is running out, especially when it is anticipated that the show is going to be a hotly contested show.

It is an indisputable fact that already Housemates Salone Season 2 is gaining momentum as many are yearning to watch such an entertainment show which some have predicted will be very captivating and entertaining more than the Season 1, which was widely watched in and out of the country. As a youth empowerment platform, the show will indeed positively impact young people in this country, shaping and positioning them to meaningfully contribute to overall national development.

Twenty Housemates will enter the House on the 14th October 2020 and will be in there for sixty days, interacting and performing different chores as directed by an unseen personality. Besides socializing, the Housemates are provided the platform to learn useful skills like cooking, singing, how to eloquently express themselves, dress for different situations, learn how to cook, how to play different games, how to settle misunderstandings among a host of other things that they will be taken through.

It is obvious that whilst in the House, theses housemates will imbibe certain attributes that will forever position them in life to positively impact others in society.

The organizers have made it categorically clear that despite the fact that we are confronted with fighting the coronavirus pandemic yet effective measures will b instituted to observe all health protocols.

For interested participants in Sierra Leone, the number to access their forms is 088 201020 (Afrimoney number) and a ‘fast track’ for those in the diaspora is available on line. Interested persons can apply on line through Africell and AYV websites; do their videos and send them to the judges on line. Interviews will be conducted on line.

And for the benefit for those in the diaspora who may want to participate in the show they may contact the following www.africell.sl or www.ayvnews.com.

The closing date for receipt of all applications is the 21ST August 2020, and audition will take place in the first week of September. On 21st September 2020, auditions will close and 40 finalists will be chosen who will then battle for the final 20. The final 20 will go into the House on the 14th October 2020.

For voting through Africell network, the lines or numbers will be announced or disclosed in due course.

Besides, bagging the Star Prize of Two Hundred and Fifty Million Leones (Le250M), the winner will also undertake a round trip to Dubai. Though the Housemate who emerges the winner will get the Star Prize, all other participants will have their daily allowance of Le100, 000 whilst they still remain in the House.

Many whom this medium sounded their views relating to the show have attested that indeed they are looking forward to enjoy a very entertaining and educative Housemates Salone Season 2 at the same time commending the organizers for putting together such a show.