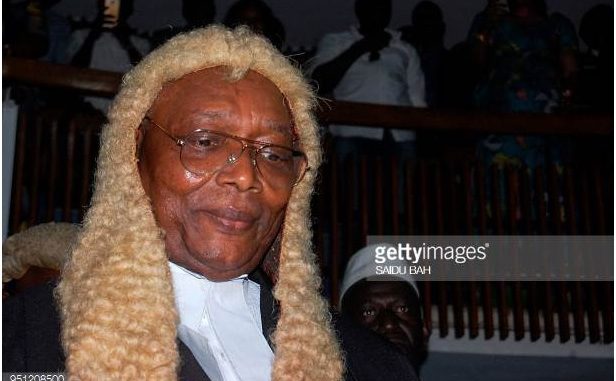 During an Open Day into the proceedings of Parliament, the Deputy Minister of Information and Communications, Solomon Jamiru, said Parliamentarians must see themselves as leaders – in order words, they should be the shepherds guiding the State in the ways of good governance.  He made that statement while commenting on the role of Parliament in national development.

In this sense, Parliament takes the lead role in the promotion of good governance by diligently, meticulously and dispassionately performing its Oversight functions which automatically bring about good governance by promoting control a control that could be exercised through proper institutional and constitutional design.

Sub-Section 2 of Section 93 of the 1991 Constitution provides for the establishment of Oversight Committees to parallel and oversee  Ministries, Departments and Agencies (MDA) established by the Executive branch of  Government. Each Committee bears the name of the MDA it oversees, e. g. Health and Sanitation Committee, Mines and Minerals Committee etc. etc.

By the provisions of Section 93 (4), there is no limitation in the powers of Parliament to create Committees. Parliament may at any time appoint any other Committee to investigate any matter of public importance.

As it stands, corruption and willful mismanagement of public funds are the biggest hindrance to development, as funds budgeted for that purpose most times end in private pockets and overseas accounts or are seen in mighty mansions, expensive vehicles and other valuable assets owned by those in power, financial directors and vote controllers, procurement officers and senior MDA bosses.

Thus, in order to combat corruption and to promote good governance, the parliamentary committees responsible for oversight need to be strengthened.

Specifically, it is necessary to strengthen Parliament’s ability to oversee effectively the Government and to control the behavior of its members.

To do so properly Parliament should be given proper oversight tools to scrutinize the actions of the Government ,both ex-ante and ex-post.

The importance of providing the Parliament with a proper set of oversight tools should not be overlooked.

The quality of democracy improves as the number of oversight tools at the disposal of a Parliament increases.

And more importantly, the level of honesty perceived in the country increases as the number of oversight tools increases.

To sum up, the quality of democracy and the level of honesty are both very strongly and very significantly related to the number of oversight tools.

Therefore, increasing a Parliament’s oversight potential is good for democracy, good governance and in the end development.

This means that the availability of oversight tools is more important than the country’s level of democracy in promoting all aspects of development; including GDP per capita or life expectancy.