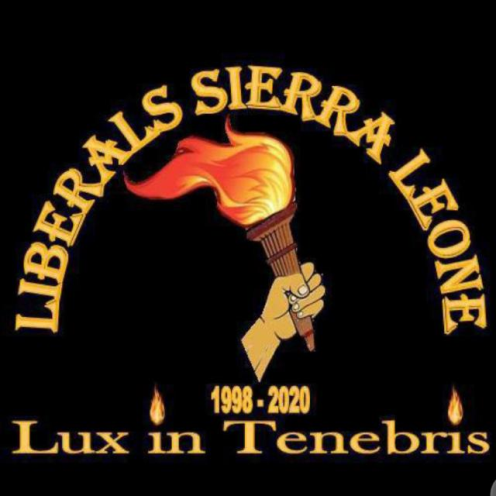 This medium was intimated that the Liberals Brotherhood will today Monday June 8 start observance of its 22nd Anniversary by committing One Hundred Million Leones to the fight against the COVID -19 pandemic. Liberals was formed on June 8, 1998 at Fourah Bay College (FBC) with the aim of maximizing the welfare of students and providing leadership training to upcoming leaders.

This potent fraternity which constitutes a global membership has produced intellectuals who have served in diverse positions including the public and private sectors, business establishments, Non-Governmental Organizations, international organizations, and other spheres of life. Many believe that Liberals is one of the ‘blue ribbons’ to have emerged from FBC, and this is visible in the top role played by its members within the governance space of Sierra Leone.

Alhaji Abu Komeh, the Coordinator of the Liberals Elders Council Sierra Leone, informed this medium that the theme for this year’s anniversary is “Celebrating Our Fallen Heroes and Praying for All Nations”. The selection of this concept is against the background that in the period of existence of Liberals, it has lost some colleagues to the cold hands of death and this year will be used to take a trip down memory lane in commemoration of the lives they lived and the wonderful moments they shared with the fraternity.

He also intimated that the observance of its anniversary is being done at a time when the world is plagued with the Covid-19 pandemic, which has claimed so many lives and ravaged nations. Liberals therefore sees this period as a solemn moment to pray for all nations including our beloved country Sierra Leone.

Head of the 22nd Anniversary Media Committee, Abubakarr Turay (also known by the fraternal name, Elder ABT) said the Brotherhood will support the fight against the COVID -19 with the sum of One hundred million Leones. He said that a significant amount has been earmarked which will be paid into the Government of Sierra Leone Covid-19 account, while the remainder will be used to procure food and medical items for donations to selected treatment and community care centres across the country. He said that prior to making a decision on how to roll-out the Covid-19 support initiative; an assessment was done in some of the centres in Freetown to identify pressing needs.

According to Elder ABT, considering that FBC is home to Liberals and the fact that the history of the Brotherhood will be incomplete without making reference to the university, the donation exercise will start at the community care centre currently hosted on the campus. “FBC is where we all started. We note the adverse effects of this pandemic on the socio-economic development of this country, and we feel obliged to play our own part to see it defeated”, Elder ABT added. This same gesture will be extended to other units supporting the Covid-19 fight during the course of the celebration which will be observed in accordance with the protocols and guidelines announced by NACOVERC.

In 2014, Liberals made a similar intervention in the fight against the Ebola epidemic when they donated books and other learning materials to the Freetown City, Bo City, Makeni City and Kenema City Councils, for onward distribution to school children affected by the epidemic.

Funds for all the interventions were generated from the contributions of its membership in Sierra Leone and the diaspora.