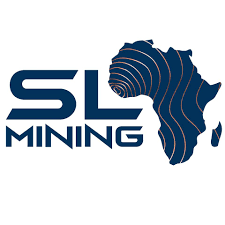 It must be noted that when President Julius Maada Bio was campaigning to be elected as President of Sierra Leone he passionately promised to attract genuine and legitimate investors and to negotiate fair and better deals that will enhance the country’s development. Indeed, we have seen a clear commitment on the part of the President and other officials to see that materialize.

He also constantly emphasized on a win-win situation for both the people and the investors who would be investing in the country.

However the recent stand-off for want of a better expression, chicanery, by Sierra Leone Mining and the robust position of the Government of Sierra Leone is another demonstration of the Bio-led administration’s commitment to sanitise our mining sector, bring benefits to the people and resist fleecing and extortion by some so called investors.

According to the Mining Lease Agreement of 2017, between the GoSL and SL Mining, the latter was to pay $1,000,000 (one million dollars) as performance bond to the former. It is a shock for any reasonable person now to hear that the company is denying knowledge of any such arrangement when there are documents to the effect.

Arms-length sales terms is a clause in the Mines and Minerals Act of 2009 that gives powers to Government to know tonnage (quantum) of export, destination; buyer and price of minerals being shipped from Sierra Leone (advanced pricing).

This allows Government to do proper calculation of royalties and other financial obligations by any company in order to determine what financial inflows go to the GoSL from the sale of its precious minerals.

In the recent past, Government has activated this clause in dealing with SL Mining in order to maximise its benefits from the shipments made so far in June and July, the company has recoiled and refused to cooperate.

SL Mining after realising that Government is insistent on going strictly by the terms of their contract and the MMA of 2009, embarked on false declaration and deceit. It has given fictitious figures as prices of iron ore, and made false declarations to the Ministry of Mines and Mineral Resources about the destination of the ore shipped in June and July this year.

At a time when the world market price of iron ore was going for $123 per tonne, SL Mining had the effrontery to tell GoSL that it sold its Marampa blue ore at $78 per tonne. But that was not the end of the deceit game of SLM. When pushed by GoSL as to who they sold the ore to, they mentioned a subsidiary company of theirs, which in turn sold to a third party company in China at the world market price.

This in effect means they got the ore and sold to themselves at a cheaper price than the world market price, declared the undervalued sales to Government, and then made 100% profit by selling to the third party.

By their own calculations, GoSL was only going to receive about $330,000 (three hundred and thirty thousand dollars) from the Marampa Blue ore shipments of June and July. Government kicked against the entire paltry payment they wanted to make to it, and instead gave them calculations based on existing world market price at the time, which could have fetched them (SL Mining) about $22M with Government getting at least $630,000 (six hundred and thirty thousand dollars). They rejected it and have now gone on a campaign of calumny against the Government of Sierra Leone.

No Right to Assets

According to Sierra Leone Mining’s contract of 2017, the company was only given mineral rights at Marampa, but never given rights to the assets they met on ground, which were owned by Timis Corporation, its predecessor company that was owned by Frank Timis but went into liquidation. SL Mining was to enter into a phased payment plan for the mines assets, according to Section 54 of the MMA of 2009, but reneged on this clause. The mines assets had been valued by GoSL at $16M (sixteen million dollars) and SLM was to enter a payment plan of the said sum, but refused to.

Taxes and other Dues

According to calculations done, SL Mining owes the Government an estimated $2.9M (two million nine hundred thousand dollars) from taxes and other duties, since they started operations in 2017.

In the midst of all of these breaches and violations of the laws of the land and their contract, Government has asked for a meeting with SL Mining by September 30, for a review or renegotiation of their contract. They have refused that offer and instead taken a confrontational posture against Government using blackmail and threat of legal action.

Against this background, the new Minister of Mines and Mineral Resources, Hon. Foday Rado Yokie and the National Minerals Agency have informed the general public that SL Mining is bent on evading payment of millions of dollars in royalties and taxes to the country which is causing great loss to the Government.

In this regard, both the Minister and NMA are currently at loggerheads with the SL Mining Company; following what the Government refers to as the company’s refusal to answer questions about the value of its iron ore production and non-payment of royalties and taxes.

Whilst many Sierra Leoneans commend the Government for finally getting round to the business of extracting maximum benefit from the mining sector for development purposes, SL Mining Company maintains that Minister Yokie’s action is illegal and contravenes the contract that the company signed with GoSL. Minister Yokie, however, says he is ready to respond to any legal action that SL Mining contemplates.

The company has a license from the Sierra Leone Government to mine high grade iron ore in Marampa Chiefdom. Quite recently, Hon. Foday Rado Yokie, who served in the House of Parliament for two terms and was a member of the Mines and Minerals Committee, informed the Press that he is determined to ensure that under the New Direction dispensation, the country reaps maximum financial benefits from its most valuable mineral resources. He furthered how they have decided to scrutinize SL Mining’s contract with regards compliance with its terms and conditions.

SL Mining Company has been at pains to contest Minister Rado Yokie’s official demand that the company provides its latest financial statement, and that as per the agreement reached with the Government in 2017, it makes good on the part payment it agreed to do in resuming its operations which was suspended in 2015.

Minister Rado Yokie’s probe of SL Mining and Shandong Mining that took over African Minerals Limited’s Ferengbeya mines, is in line with the Government of President Julius Maada Bio’s warning to mining companies not to expect business as usual, wherein due diligence, accountability and fiduciary responsibility are sacrificed by those in power for contract kickbacks.

This Press, since the brouhaha among the Hon. Minister of Mines, NMA and SL Mining has done background investigation into the matter. These are the facts that emerged:

SL Mining Company acquired the license that was held by Timis Mining illegally with the connivance of certain highly placed members of the former APC Government who, the investigation clearly showed, have shares in SL Mining Company.

Residents of Lunsar, where SL Mining Company’s mine is located, told this Press that the Company is in utter violation of both its Corporate Social Responsibility to the community, as well as disrespectful of the country’s Local Content Policy in terms of employment.

In this regard, Minister Yokie had earlier given the example of Sierra Rutile, which he said was in contravention of the LCP, as it employs South Africans as drivers and for other jobs for which there are available qualified Sierra Leoneans.

Meanwhile, the Mines Ministry and NMA are assiduously reviewing all mining contracts in the country to ensure they are fit for purpose and yield the highest returns and benefit for the people of Sierra Leone.