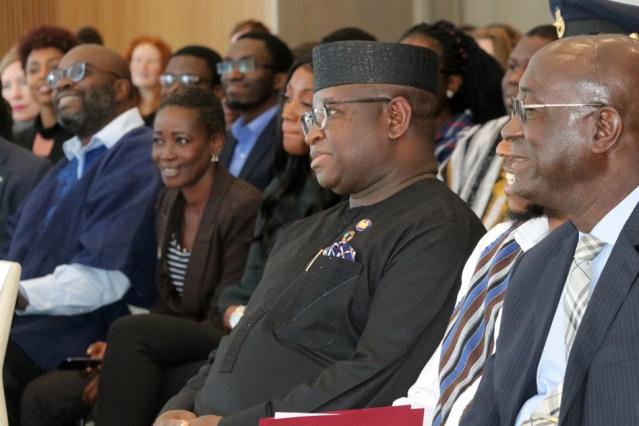 In the poorest countries, nearly two decades into the millennium, poverty is still a matter of life and death. Despite commitments to inclusive, pro-poor and broad-based growth, the poorest 20% of people still receive just 1% of global income.

Ending poverty requires a sustainable and comprehensive approach which will lift and sustain people above the poverty line while also ensuring they are more resilient to crisis and are able to benefit from opportunity and progress.

It is not simply a matter of lifting every one living on $2 day or less above the international poverty line. If it were a matter of increasing income alone, this would be a more achievable challenge.

Ending poverty requires fundamental changes to the systems that will drive its end and the factors that perpetuate it; ensuring that the people lifted out of poverty are then able to access services, fully participate in society and benefit from national and global growth.

The 2030 Agenda for Sustainable Development (Agenda 2030) sets an ambitious but achievable, universal and holistic agenda for all. There is a clear call for action to dramatically scale up development finance and improve the development impact of all financial flows. But it is at risk as the gap between the poorest people and the rest of the world widens.

Fragility and poverty still converge while national-level inequality is on the rise. Development finance has to respond to the demands set by the Sustainable Development Goals with the changes and action needed to ensure their aspirations become reality for all.

Progress is possible when we work together to a shared agenda. But real challenges remain and some are becoming more acute. The right balance between promoting growth and direct assistance to people in poverty and the need to mobilize more resources and use them effectively has to be found by the government and its development partners.

The poorest people are falling further and further behind everyone else as the income gap grows, consumption floors remain functionally stagnant for the poorest people and critical investment is not made in social protection and building human capital.

In that context, Official Development Assistance (ODA) continues to be the most critical source of external financing for development to support and complement national investments, particularly for the people and places most at risk of being left behind. Yet, worrying trends show a shift away from a clear allocation to the people, countries and sectors most critical to ending poverty.

All resources and all actors have a responsibility and a role to play, but investing to end poverty and closing the gap needs more than scaling up resources as many international resources increasingly bypass where they are needed most – in countries with high poverty rates and low domestic resource capacity.

Information and data have not kept pace with the need for ever more disaggregated data to effectively identify the people and places most at risk and the resources available to them. And nor has investment and support for data use to target resources to the people furthest behind.

All these factors mean that Agenda 2030 and its inspirational call to action are at risk – financing is only part of delivering sustainable development for all, but a necessary part. A future of business as usual will fail too many people, in too many places.

Better data is required to target resources effectively to the people who need it most and, for each of those resources, to measure who is included and who is left out. That means greater investment in systems to ensure everyone is counted, and in the collection and use of data disaggregated by income, gender, geographic location, age and disability to identify the people at greatest risk of being left behind.

Political will and leadership are critical: Despite limitations in data, who is at risk of being left behind and where they are, or will be, is broadly known. As are many of the types of investments, tools and mechanisms to best reach them. The allocation of resources is ultimately a political act, shaped by competing political incentives.