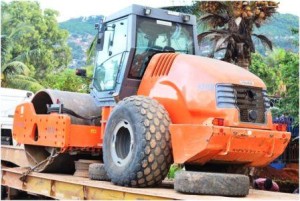 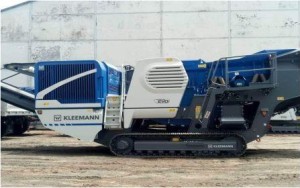 Following years of hue and cry by residents of Koinadugu and Falaba districts to have a standard road in that part of the country the current SLPP Maada Bio led political administration in the not too past decided to fund the construction of the Kabala- Koruboula road amidst rumours that Government has abandoned it.

The People of Falaba and Koinadugu districts could not believe when they saw PAVI FORT Construction Company constructing the Kabala -Koruboula road.

Prior to this recent development some have expressed doubts that the Kabala- Koruboula Road was not part of the SLPP Government’s prioritized road projects in the country.

One of the site engineers of PAVI FORT Sierra Leone, Musa Diop ,said though it is the rainy season they are stabilizing the road, doing spot improvement and drainages to make sure there is no cut off and to ensure that the road is accessible for the people of Koinadugu and Falaba districts.

At the moment, there is bush clearing, spot improvement and channeling of drainages to control the flow of water to prevent cutoff so that the road would be motorable for pedestrians, motor and vehicular traffic.

One Okada rider, Sorie Turay, who plies the road from Koruboula in Falaba district to Kabala town, in a very elated mood told this medium that they are very happy with this move on the part of the SLPP Government to construct their road saying this is the first time the road is passable during the rainy season.

Speaking to this medium, a cookery seller, Fatmata Kamara of Mannan town in Falaba district expressed her profound gratitude to the SLPP Government for the ongoing road work, saying the construction of the road will ease their transportation constraints further mentioning that transport fare is now cheap than it was before when the road was in a very bad state.

The Paramount Chief of Shengbeh Chiefdom, Koinadugu district, Hon. P. C Alie Balansama Marrah 111 extended his appreciation to the Government noting how the road would link other chiefdoms in Koinadugu and Falaba districts.

He told this medium that transportation is now cheap for people using that route adding that for the first time in more than 20 years even low cars could now access Sinkonia town and other communities along the high way.

The Paramount Chief of Folosaba Kamba Chiefdom, Falaba district, P.C. Alhaji Finda Modu Kamara 111 said their dream of having a good road has now become a reality furthering that the contractor, PAVI FORT Sierra Leone, is doing a marvelous job on the Kabala-Koruboula road.

He explained that the road would connect his chiefdom for the first time and ease the challenges of linking farmers to Kabala town.
The Chairman, Council of Paramount Chiefs, Falaba district, Hon. P.C Alhaji Alimammy Lahai Mansaray 5 praised the President Bio led Government for their efforts to connect the two districts. According to P. C Lahai they are pleased with the ongoing road work but appealed to the Government to also construct and rehabilitate feeder roads in the district to ease the constraints of the people.

P.C Lahai said they have suffered for far too long due to the bad condition of the road but commended the Government for listening to their cries to construct the Kabala -Koruboula Road
Mustapha Gboa, a Community Health Officer attached to the Sinkonia Community Health center, said the ongoing road work has helped his patients to access the health facility on time, adding that their referral system has also improved greatly because of the good road. He said they are monitoring the road as a sign of appreciation from the Government.

He made it clear that those health workers along the Kabala- Koruboula road who normally go out on outreach now do access communities on time without delay to save the lives of patients in critical conditions.

Farmers, Non-governmental organizations, government officials, traders and school pupils expressed their happiness for the ongoing road work and praised the Government for listening to their cries.